Monterey, CA… On August 14, 2022, at approximately 0601 hours, the California Highway Patrol received a report of a motor vehicle versus a pedestrian traffc crash. Upon arrival of emergency medical personnel, the pedestrian was pronounced deceased as a result of this crash. 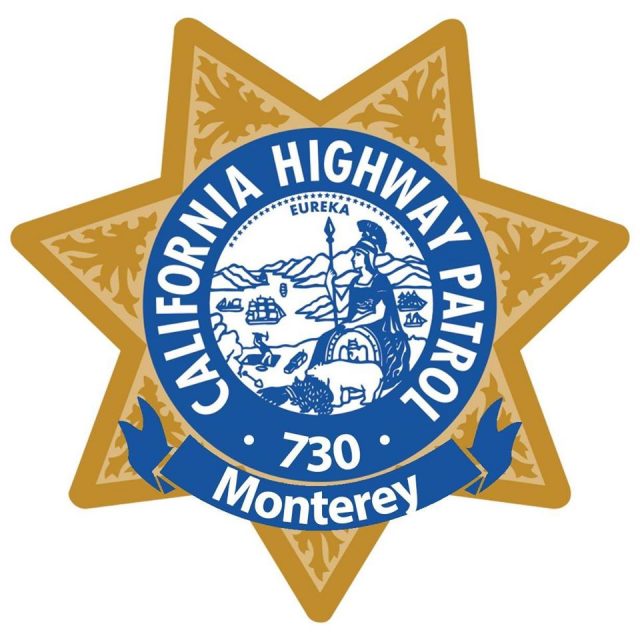 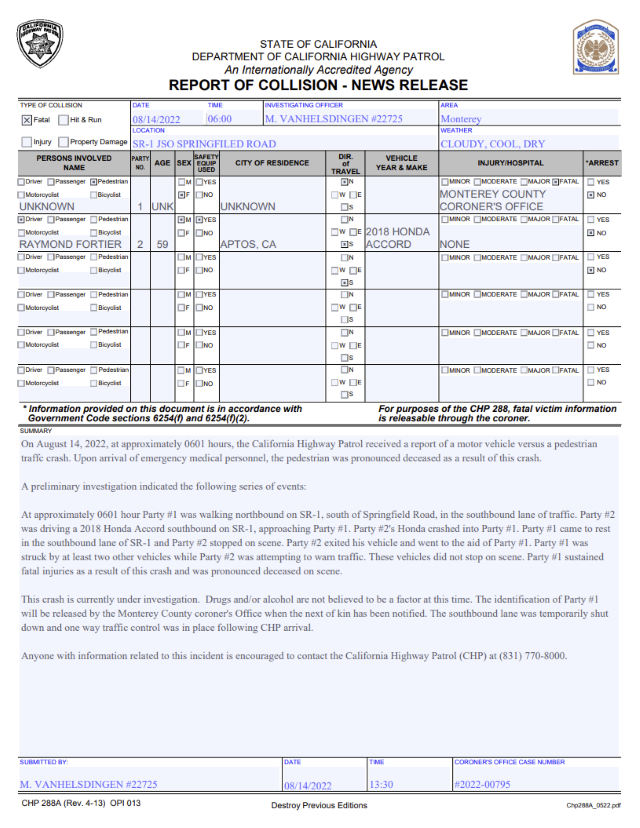 A preliminary investigation indicated the following series of events:

This crash is currently under investigation. Drugs and/or alcohol are not believed to be a factor at this time. The identification of Party #1 will be released by the Monterey County coroner’s Office when the next of kin has been notified. The southbound lane was temporarily shut down and one way traffic control was in place following CHP arrival.

Anyone with information related to this incident is encouraged to contact the California Highway Patrol (CHP) at (831) 770-8000.