Santa Cruz, Ca – The County of Santa Cruz has recently been the target of increased vehicle theft. Some of the vehicles are being recovered by law enforcement within a few days or even hours of the theft. Usually only small items are missing from the vehicles such as cellphones, radios, and laptops. The Santa Cruz Auto Theft […] 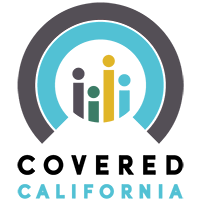 Sacramento, Ca — This Fourth of July weekend, many people will be traveling, firing up the backyard grill or enjoying fireworks, and the American Red Cross offers a series of steps everyone can follow to safely enjoy the holiday weekend.   “Everyone looks forward to having fun over the Fourth of July, and the Red Cross […]

Agreement on Pre-K Funding a Modest Step Forward for Educating Our Children and Improving Our State, Says California Fair Share

Sacramento, Ca  –  California Fair Share issued the following statement, in response to a tentative agreement among state legislators to fund 43,000 new, full-day Pre-K slots, which will be phased in over the coming years:   “The agreement reached in budget conference committee is a modest step forward for California’s kids, California’s economy and California’s […]