Boston, CA…The Warriors seized a series-clinching 103-90 victory over the Celtics in Game 6 of the NBA Finals, closing out the series 4-2 to become 2022 NBA Champions. It was a fitting end to the NBA’s spectacular 75th anniversary season, as two of the league’s three original franchises that are still in existence went head-to-head in the best-of-seven series. 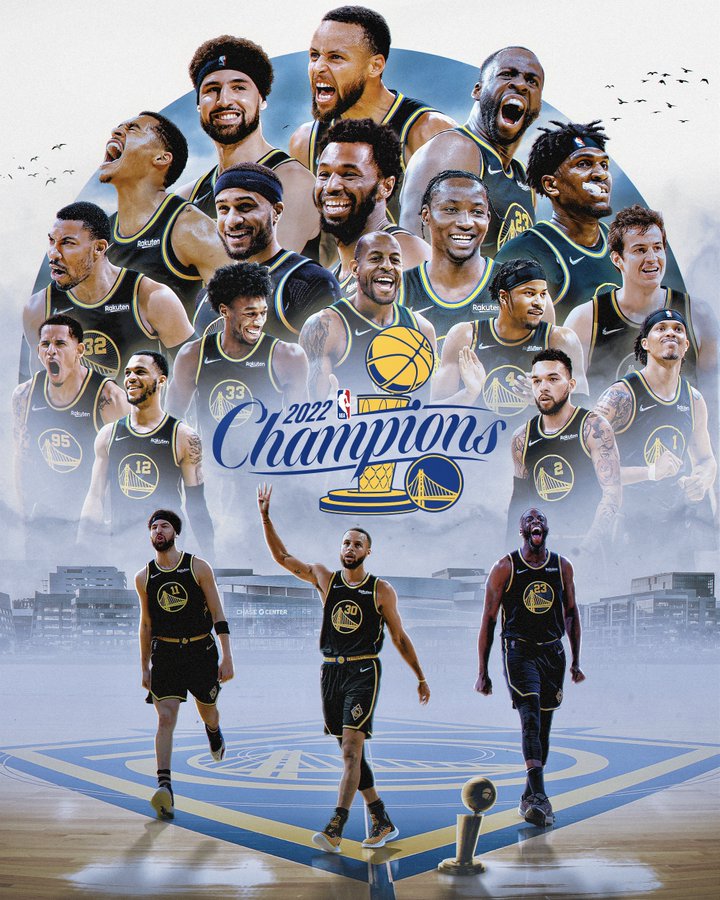 With their season on the line, the Celtics came out of the gate with the desperation of a team facing elimination, storming out to a 14-2 lead. However, the Warriors responded with an 11-0 spurt, capped by three Dubs 3-pointers on three straight possessions, to close the first period and complete a 17-point turnaround. The run didn’t stop there, as the Warriors’ scored the first 10 points of the second period to make it a 21-0 run. And though the Warriors and Celtics continued to exchange momentum swings throughout the contest, the Dubs did not relinquish the lead for the remainder of the contest, leading by as many as 22 points in the third quarter.

As the players, coaches and owners of the Warriors gathered on stage in Boston to be presented with the Larry O’Brien trophy, Stephen Curry was presented with the Bill Russell NBA Finals Most Valuable Player Award, marking the first time he’s won that award during his decorated career. Curry recorded 34 points, seven rebounds and seven assists, going 12-for-21 from the field and 6-for-11 from 3-point range. Curry’s flurry caught wind in the third frame, with the guard sinking three of his six 3-pointers in the period. Curry finished the 2022 Finals averaging 31.2 points, 6.0 rebounds and 5.0 assists in the championship series.

In winning the 2022 championship, the Dubs have captured their fourth NBA title in the last eight seasons. Dub Nation is invited to celebrate with the team at the 2022 Championship Parade, Presented by Rakuten, which will take place on Monday in San Francisco. Visit warriors.com for parade information.