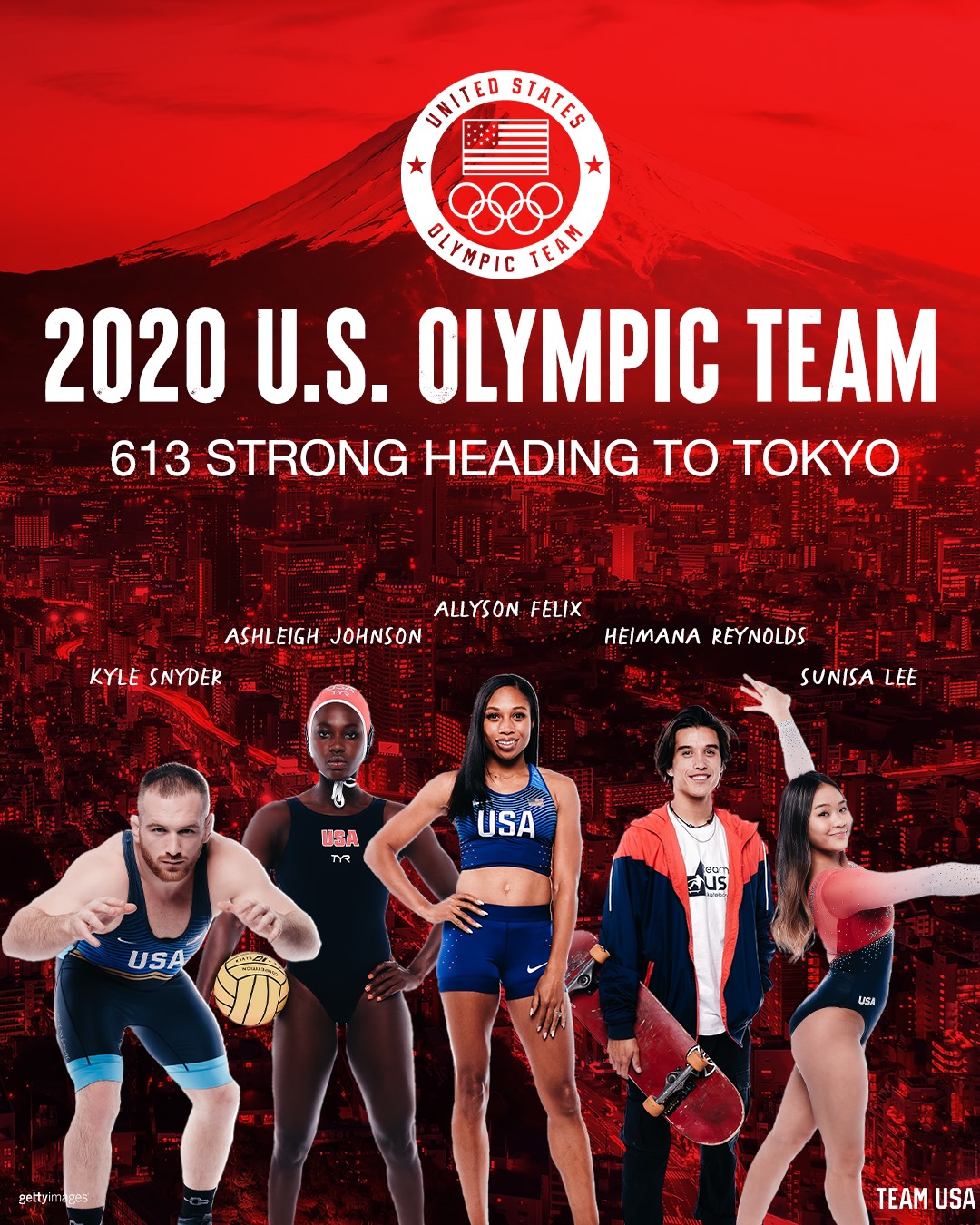 “Team USA is ready. Our roster includes 613 remarkable athletes, one of our biggest teams ever, all who qualified to participate in these Games,” said USOPC CEO Sarah Hirshland. “In these extraordinary times — these athletes have shown perseverance, dedication and focus and have inspired us all. We are thrilled to support them as they live their dreams of competing on the biggest stage in sport.”

“The journey to be a part of the 2020 U.S. Olympic Team was like no other,” said Rick Adams, USOPC chief of sport performance. “This team is special; these Games are special. The commitment from Team USA athletes and the National Governing Bodies never wavered, and for that we are grateful.”

The 2020 Olympic Games will welcome new events added for the first time, along with the return of fan favorites. Baseball and softball return to the Olympics for the first time since 2008, while four new sports make their Olympic debut, including surfing, karate, skateboarding and sport climbing.

In alignment with previous games, the roster of 613 athletes does not reflect athletes currently registered for the Games as alternates. In effort to provide added flexibility to nations competing in the Tokyo 2020 field hockey, team handball, rugby, soccer and water polo competitions, the IOC and respective International Federations announced new policies for athletes registered as alternates in their sport. For the Tokyo Games, accredited alternate athletes in these sports are immediately eligible to be called into game day rosters and, in that case, will become Olympians. The USOPC, in compiling the roster of the 2020 U.S. Olympic Team, followed these guidelines and will update the roster accordingly. Existing athlete replacement protocols remain in place for the remaining sports on the Olympic program. Updated 2020 U.S. Olympic team rosters will be made available at TeamUSA.org/Tokyo2020.

The 2020 U.S. Paralympic Team will be announced in early August.

NBCUniversal will present an unprecedented 7,000 hours of coverage of the Tokyo Olympics this summer by utilizing two broadcast networks, six cable networks and multiple digital platforms, serving both English- and Spanish-language viewers, making it the biggest media event ever.

Follow Team USA in Tokyo
Team USA fans can follow the 2020 U.S. Olympic Team at TeamUSA.org and across Team USA’s social channels on Facebook, Twitter, Instagram, TikTok and YouTube. The U.S. Olympic Team microsite will offer Team USA results from the Olympic Games, as well as athlete biographies, sport previews, a history book (published the week of July 19), competition schedules, and facts and figures about the U.S. delegation.