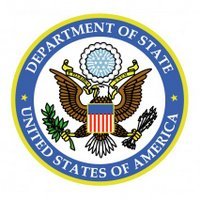 Beijing’s attempts to intimidate and silence those speaking out for human rights and fundamental freedoms only contribute to the growing international scrutiny of the ongoing genocide and crimes against humanity in Xinjiang.  We stand in solidarity with Canada, the UK, the EU, and other partners and allies around the world in calling on the PRC to end the human rights violations and abuses against predominantly Muslim Uyghurs and members of other ethnic and religious minority groups in Xinjiang and to release those arbitrarily detained.