Suspect Arrested after Hours-Long Stand Off in Boulder Creek

By News Desk on April 23, 2021, 8:23 amComments Off on Suspect Arrested after Hours-Long Stand Off in Boulder Creek

Boulder Creek, CA…At around 11:00 a.m. on April 20, 2021 deputies received a report of a male walking into a tent-trailer on the 100 Blk of Brook Ln in Boulder Creek with what appeared to be a rifle. Deputies arrived on scene and spoke with the owner of the tent-trailer who alerted them no one should be inside the trailer at that time. Deputies witnessed a man come out of the trailer and attempted to speak with him. 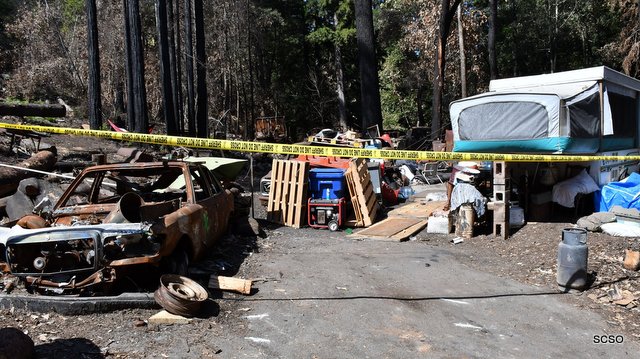 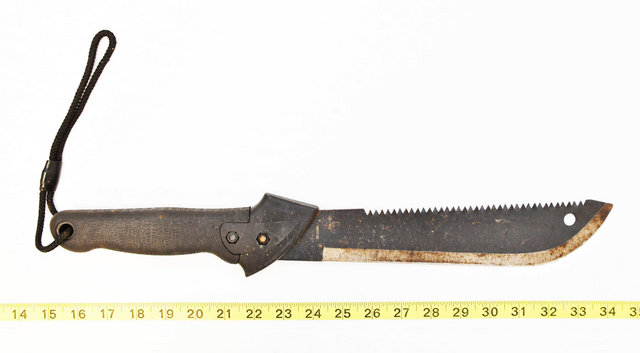 He went back into the trailer and refused to come out, prompting a roughly seven-hour standoff. The suspect, who had been identified as 32-year-old Emmanuel Altamirano, had a prior felony conviction, and was prohibited from possessing firearms. Our SWAT and Crisis Negotiation Team were called to the scene and attempted to start a dialogue with Altamirano.

At around 6:30pm he came out of the trailer holding a machete. After deputies commanded Altamirano to drop the machete and he refused, they ultimately used bean bag rounds to get him to drop the weapon so they could safely detain him.

Additionally, the suspect was in possession of what is suspected to be a type of explosive that went off when he was hit with a less lethal round. He sustained minor injuries from the explosive. Altamirano was treated and released from the hospital. A BB gun was also found at the scene.

Altamirano is facing multiple charges including 602(O) PC-Trespassing and 148(A)(1) PC-Resisting arrest.

Suspect Arrested after Hours-Long Stand Off in Boulder Creek added by News Desk on April 23, 2021, 8:23 am
View all posts by News Desk →