Washington, DC…The US Supreme Court upheld the current Fourth Amendment protections and refused to expand the scope of police rights to enter a home without a warrant. Under the Fourth Amendment pursuit of a fleeing misdemeanor suspect does not always or categorically qualify as an exigent circumstance justifying a warrantless entry into a home. Justice Kagan delivered the opinion of the Court in Arthur Gregory Lange vs California. Click on the the following link or image of the current US Supreme Court for a full PDF on the caet and Justice Kagan’s opinion. 20-18_cb7d 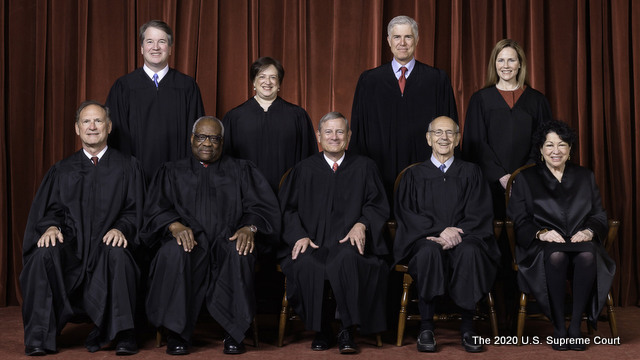