The estimated jackpot for Mega Millions on Dec. 17 has been increased to a whopping $636 million, flirting with the record jackpot of $656 million and becoming the second largest jackpot in American lottery history. The cash option prize is currently estimated at $341.2 million…. 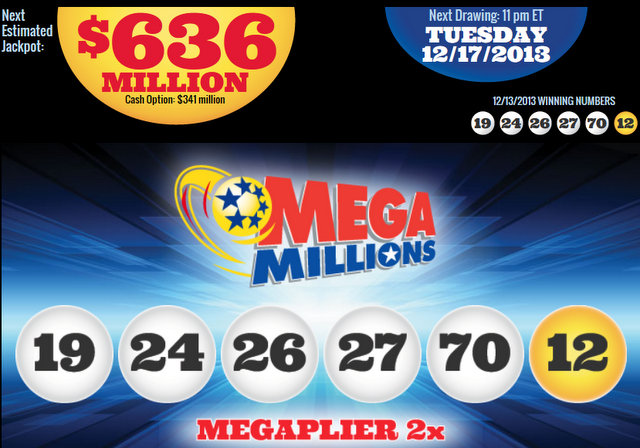 Strong sales are credited for the increase from the previous estimate of $586 million. The jackpot has been rolling since it was last hit in Maryland for $190 million on October 1.