By News Desk on May 11, 2021, 5:55 pmComments Off on Stocton Police Officer Jimmy Inn Killed While Responding to Domestic Violence Call

Stockton, CA…Today during National Police Week, where we honor the fallen officers who have given the ultimate sacrifice, Chief Eric Jones and City Manager Harry Black announced with great sadness that Stockton Police Officer Jimmy Inn was shot and killed in the line of duty. Here is the preliminary information of what we know so far: 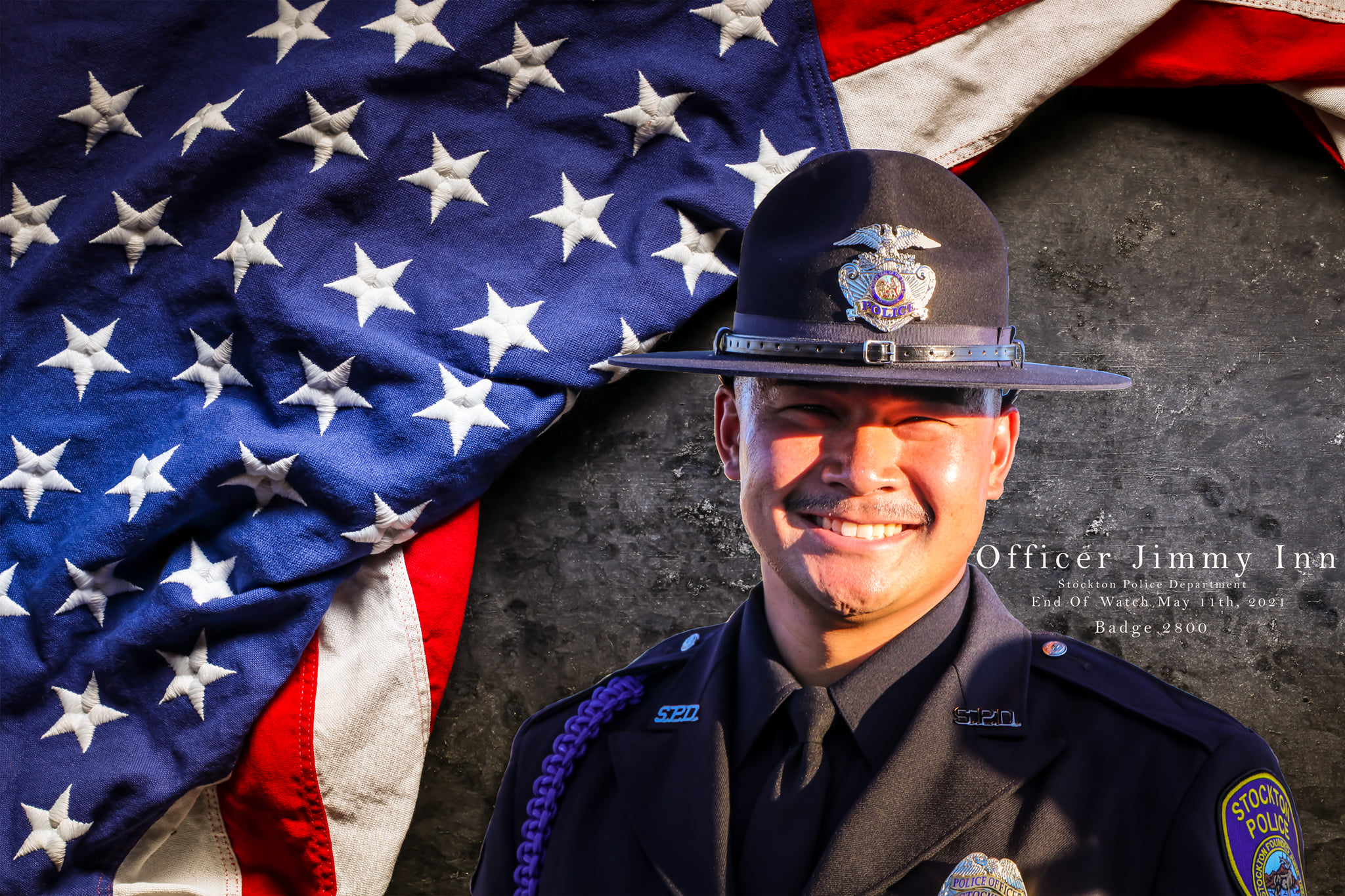 This morning, at 9:45 a.m., Stockton Police Dispatch received a call of a disturbance in the 4400 block of La Cresta Way. The caller reported hearing screaming, saw a woman with a ripped shirt who was bleeding, and appeared to have been assaulted.

Stockton Police Officer Jimmy Inn was dispatched to the call and arrived on scene at 10:07 a.m. Shortly after arriving on scene, Officer Inn was in front of the residence when he was shot by the suspect, a black male adult.
Another Uniformed Stockton Police Officer arrived on scene and fired his duty weapon at the suspect. The suspect briefly entered his home and returned moments later holding a young child. The suspect began to strangle the child and refused to comply with the officer’s commands. A community member tackled the suspect and as the officer approached, the officer discharged his duty weapon, striking the suspect.

Please remember information is still coming in as this is an ongoing investigation. We are currently interviewing multiple people, reviewing video footage, and processing evidence. We will try to provide timely updates as more information becomes available.
__________________________
Officer Jimmy Inn, 30-years-old, was assigned to the Field Operations Division and was hired in December 2015. He was also a member of our Honor Guard. Jimmy leaves behind his wife, Tela, who is also a Stockton Police Officer, a 7-month-old son, a 12-year-old stepdaughter, and a 14-year-old stepson.