By News Desk on May 19, 2021, 9:52 amComments Off on Speaker Pelosi on McCarthy Opposition to January 6th Commission

Washington, D.C….Speaker Nancy Pelosi issued this statement on Minority Leader McCarthy’s new opposition to the agreement on the bipartisan January 6th Commission reached by his own Ranking Member of the Homeland Security Committee: 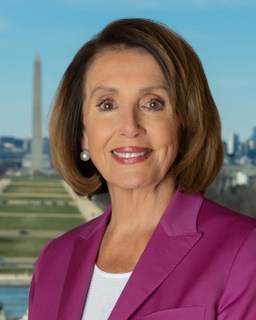 “On Wednesday, the House will vote on the National Commission to Investigate the January 6 Attack on the United States Capitol Complex Act. This commission is modeled after the 9/11 Commission to seek the truth of what happened on January 6th. I commend Chairman Bennie Thompson and Ranking Member John Katko for their steadfast leadership in securing a bipartisan agreement. It is important to note that the legislation to create the 9/11 Commission took more than 14 months to enact.

“Democrats made repeated efforts to seek a bipartisan compromise. But Leader McCarthy won’t take yes for an answer. In his February 22 letter, he made three requests to be addressed in Democrats’ discussion draft. Every single one was granted by Democrats, yet he still says no.

“The American people expect and deserve the truth about what happened on January 6th in a manner that strengthens our Democracy and ensures that January 6th never happens again.”

Speaker Pelosi on McCarthy Opposition to January 6th Commission added by News Desk on May 19, 2021, 9:52 am
View all posts by News Desk →