Monterey, CA…Monterey County District Attorney Jeannine M. Pacioni announced today that the Honorable Mark E. Hood sentenced Charel Van Vliet, age 71 and a resident of Monterey, to thirteen years eight months in prison for committing three counts of assault with the intent to commit sodomy on a person under 18 years old. All of the offenses are violent felonies and are considered “strikes” under California’s Three Strikes law. 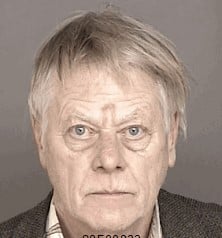 John Doe reported that Charel Van Vliet, a family member, had molested and assaulted him on several occasions over several years. John Doe was under 18 years old at the time the assaults began. John Doe explained that he didn’t immediately report the molestation because he was afraid of Van Vliet and that he would not be believed. According to research into sexual assault victim behavior, it is very common for victims to delay reporting the sexual abuse, especially when the victim is a minor and has a close relationship with the perpetrator.

In addition to the prison sentence, Van Vliet will be required to register as a sex offender for life. A restraining order was granted prohibiting Van Vliet from contacting the victim for a period of ten years, the maximum term under the law.

The case was investigated by Detective Kim Zook and other officers from the Monterey Police Department. John Doe was assisted by District Attorney Victim Advocate Martamaria Rosado.