Monterey, CA…On May 11, 2021 at approximately 10:30 a.m. Monterey Police Detectives observed a male and female removing property from a white BMW vehicle parked on Alcalde near North Fremont in Monterey. The vehicle had a stolen plate affixed to it. 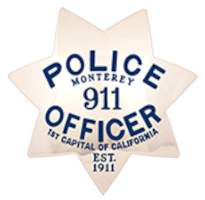 Detectives remained in the area and observed the male who was associated with the vehicle leave a nearby motel room. Detectives attempted to stop the male and he ran from detectives. He was caught a short distance away and arrested. The subject was identified as Corey Duncan, 33, of Santa Cruz. He was arrested for resisting arrest, accessory, possession of methamphetamine, identity theft, and possession of drug paraphernalia.

While Duncan was being transported to the Monterey City Jail, he was able to position his handcuffed hands in front of him and escaped from the marked patrol car near Abrego and Fremont. The officer got into a foot pursuit with Duncan and attempted to tackle Duncan. Duncan was able to avoid the officer and ran back to the police car. Duncan stole the police car and drove toward Veteran’s Park. The vehicle was located abandoned near one of the trails at Veteran’s Park. Nothing was stolen from the police car.

Out of an abundance of caution, the Monterey Police Department requested Monterey High School and Colton Middle School shelter in place. At approximately 1:30 p.m., the Monterey Police Department received information from a citizen that Duncan was in the area of Harrison and Bowen. The perimeter was adjusted to that area and Officers set up to conduct a yard-to-yard search. During this time, a resident reported to officers that a man was on the rooftop of a house. Officers located Duncan hiding on a rooftop. He again ran from officers, but was appended a short distance away. 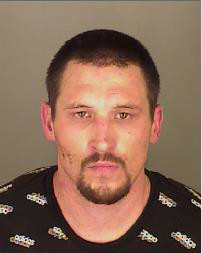