By News Desk on April 21, 2021, 9:01 pmComments Off on Santa Cruz County Chamber of Commerce on How Policy and Politics Collide During a Pandemic

Soquel, CA…We are close to moving out of the orange tier and into the yellow tier according to the latest trends from the Santa Cruz County Public Health Officer’s weekly report. You can view the graphic in this eNews.  As more and more people get vaccinated, we are hopeful that a brighter summer is near.  Outdoor and indoor facilities such as Oracle Park, the Chase Center, and closer to home, the Boardwalk and Roaring Camp may be returning to some sort of normal after opening earlier this month. The latest news coming out of the Governor’s office notes that June 15th will be the re-opening target date for California. That will allow for more freedom of movement, yet the recommended continuation of wearing a mask and practicing social distancing will be standard protocols indoors.  What does that translate into for the summer months? 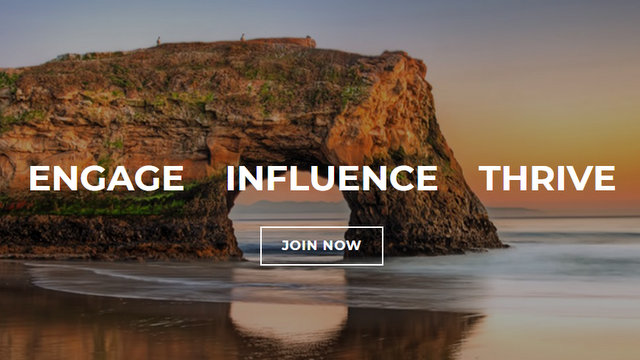 As we know well, tourism is a major economic engine for our region. Last week, the Silicon Valley Business Journal (whose distribution reach includes Santa Cruz and Monterey Counties) reported the bleak economic comparison between 2019 to 2020. Every spring we gear up for tourists.  As Rosie Downey reported in the SV Business Journal’s April 9th edition: “The familiar yearly cycle was interrupted in 2020 when Covid-19 crashed spring break and canceled an entire summer — an abrupt end to a decade of growth for Santa Cruz County tourism. The $1.1 billion attributed to visitor spending in 2019 was cut by as much as 50% in 2020, according to information provided by Visit Santa Cruz County. No segment of the area’s biggest industry was spared. The financial impact rippled throughout the Monterey Bay region, hammering world-renowned educational institutions, landmark hotels, and smaller family-owned adventure sports businesses alike.”

You can read her article here: https://www.bizjournals.com/sanjose/news/2021/04/09/santa-cruz-monterey-bay-tourism-returns-post-covid.html

In the Chamber’s Monday Report, we included the March employment numbers  https://edd.ca.gov/newsroom/unemployment-march-2021.htm

California’s unemployment rate decreased 0.2 percent points to 8.3 percent in March as the state’s employers gained 119,600 jobs, according to data released today by the California Employment Development Department (EDD) from two surveys. This comes after February’s upwards-revised (+15,100 jobs) month-over gain of 156,100 jobs, which alone was more than the 155,400 jobs lost in December 2020 and January 2021 combined. California has now regained almost 44 percent of the 2,714,800 total nonfarm jobs lost in March and April 2020 due to the COVID-19 pandemic.

However, CalMatter’s Dan Walters has a different take on the unemployment report. “Gov. Gavin Newsom, not surprisingly, immediately trumpeted the job report as showing, ‘The steady progress that we need to bring California back.’ He faces a recall election later this year and the state of the economy, particularly employment, will be one of the major factors in determining his fate. However, the governor’s rosy interpretation of the March numbers was an exercise in cherry-picking. A deeper dive into the monthly data paints a cloudier picture.”

Walters wrote: “For instance, Newsom said, California added 119,600 jobs in March, but that’s only the number of payroll jobs in 11 major industries. A more pertinent number is that total civilian employment, which includes the self-employed, increased by a much more modest 9,900.”  March’s unemployment rate, 8.3%, is a slight decline from February, but in the larger context, remains very high — the nation’s third-highest, in fact, behind Hawaii (9%) and New York (8.5%). Four states were tied for the lowest jobless rate, 2.9%.

Walters is a long-time State Capitol reporter and government critic.  He rarely misses an opportunity to offer his opinion regardless of who sits in the Governor’s office. His full article is here:  https://calmatters.org/commentary/2021/04/california-newsom-jobs-unemployment-pandemic-recall/

Now, this takes me to the legislative ritual by our state legislators who are exploring more ways to collect taxes from those who have high incomes to generate new resources for lower-income families and their special need constituents.  Some lawmakers in Sacramento are pushing for an ambitious wealth tax on the ultra-rich. However, moderate Democrats have chafed at the idea.  Assembly Bill 310, dubbed The California Tax on Extreme Wealth, would impose an annual 1% tax on net worth over $50 million, and a 1.5% tax on net worth over $1 billion. It would also require a constitutional amendment to increase the state’s current wealth tax cap. The bill is stalled in an Assembly policy committee for now.

A UC Berkeley study found the proposal would generate an estimated $22.3 billion a year. Moderate lawmakers warn California’s wealthiest already pay a significant share of the state’s income tax, and additional tax burdens could drive them out. Progressives, meanwhile, say a wealth tax is the best way to close California’s yawning economic equality gap. “We have seen that the rich get hideously richer, and that has not bated even during a global pandemic,” said Assemblymember Alex Lee of San Jose, the bill’s lead author.  “So, we’re really asking, who can pay their fair share?” Governor Gavin Newsom has previously indicated he would not support a wealth tax.  Income and wealth taxes are different. The former is a tax on an individual’s annual earnings; the latter is applied to the money and assets an individual owns.   You can read the full Capitol Radio report here:  https://www.capradio.org/164754

As we anticipate the surge of tourists on our beach community, a recall election can be a distraction and an unnecessary sidebar story to recovery. When policy and politics collide to influence potential voting blocks in a statewide special recall election, this plays directly into the fundamentals of California’s economic recovery and locally, Santa Cruz County’s recovery as well. Don’t be fooled by misguided politics when our sole focus should be on getting our economy back.

Santa Cruz County Chamber of Commerce on How Policy and Politics Collide During a Pandemic added by News Desk on April 21, 2021, 9:01 pm
View all posts by News Desk →