Santa Cruz, CA…On the morning of July 24th, 2021, The Santa Cruz Police Department (SCPD) received a report of vandalism to the “Black Lives Matter” mural painted at 800 Center Street. Responding officers located the damaged mural, which consisted of vehicle tread marks across the painting. The crime took place the prior evening. 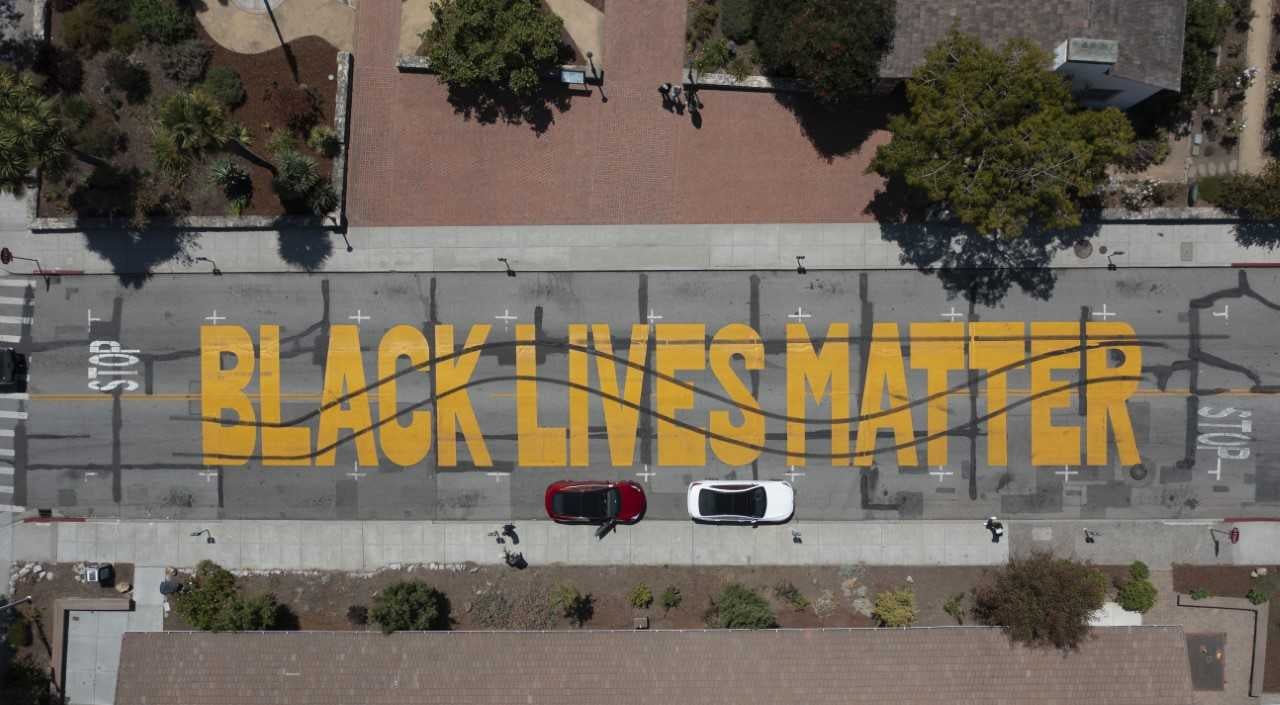 SCPD Investigators were called in to begin immediate follow-up work to identify the suspect(s). With assistance from the community, Detectives were able to obtain video of the crime, in which a vehicle is seen intentionally “burning out” and applying tire tread marks across the length of the mural. With this video evidence, Investigators have identified a possible vehicle and person(s) of interest.

Investigators continued to work the case throughout the day, which ultimately led to the arrest of Brandon Bochat (20 year old Santa Cruz Resident) and Hagan Warner (19 year old Boulder Creek Resident) for charges of Felony Vandalism (594 PC) and Conspiracy to Commit a Felony (182 PC). Investigators determined that both Bochat and Warner took turns driving the vehicle during the commission of the vandalism. Bochat and Warner were booked into the Santa Cruz County Jail on the above listed charges.

Investigators are working on this case from the perspective that this is a hate crime. If the elements of a hate crime are met, the Santa Cruz Police Department will seek appropriate charges.

Mayor Donna Meyers and Chief Andy Mills viewed the damage. “Vandalism of our Black Lives Matter mural is unacceptable and must be dealt with immediately. The Santa Cruz Police are actively investigating this crime and keeping me up to date. We will work to repair the mural and stand in solidarity with our community to oppose hate,” said Mayor Meyers. Chief Mills added, “This type of behavior is unacceptable in our community, and we will pour all of the resources necessary to ensure we identify and prosecute those responsible. Justice must be served as this crime affects deteriorates the civility of our community, and creates a higher level of anxiety for many citizens, including our black community.” Additionally, both added, “There is no place for racism or acts of hate in the City of Santa Cruz.”

Brenda Griffin, the NAACP’s local branch president, said, “This crime saddens me greatly. The NAACP is glad the police have placed a high priority on this investigation. It’s extraordinarily frustrating as some people still don’t get Black Lives Matter too. This mural is a symbol of hope. We want our youth to know we have their backs.”
Anyone with information about this case is encouraged to contact the Santa Cruz Police Department Investigations Unit (831) 420-5820.