By News Desk on February 27, 2022, 10:25 amComments Off on Salinas Police Officer Shot & Killed After Traffic Stop

Salinas, CA…It is with a heavy heart that we at Salinas PD inform that one of our officers, Jorge David Alvarado (30), a five-year veteran was shot and killed in the line of duty last night. At approximately 2241 hours, Officer Alvarado conducted a traffic stop in the area of East Market Street and Griffin Street. and was involved in an officer involved shooting. 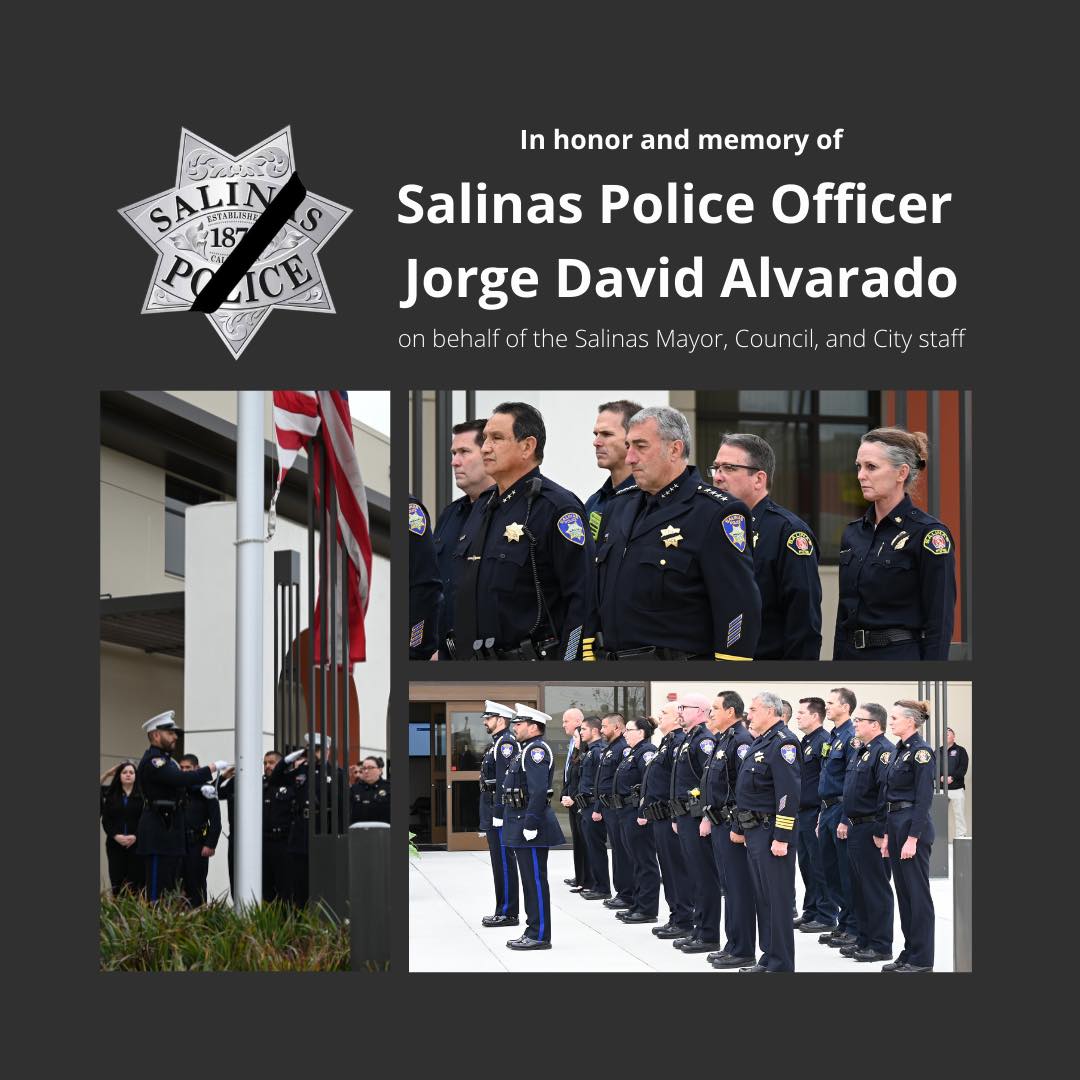 Officers Alvarado’s heroic action during the confrontation directly led to the arrest of the suspect.

The suspect is in custody and the investigation is ongoing. No further information is available at this time.