By News Desk on May 25, 2021, 11:52 pmComments Off on Salinas Man Sentenced to 50 Years in Prison for Raping and Molesting Children

Monterey, CA…Monterey County District Attorney Jeannine M. Pacioni announced today that on May 21, Monterey County Superior Court Judge Pamela Butler sentenced Victor Dimas, age 39, a resident of Salinas, to fifty years in prison for committing three counts of forcible rape of a child under 14 years old and two counts of forcible child molestation. All of the offenses are violent felonies and are considered “strikes” under California’s Three Strikes law. 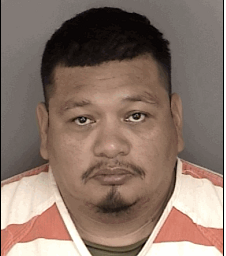 In addition to the prison sentence, Dimas will be required to register as a sex offender for life. A restraining order was granted prohibiting Dimas from contacting the victims for a period of ten years, the maximum term under the law.

The case was investigated by Detective Alejandro Rodriguez and other officers from the Salinas Police Department. The victims in this case were assisted by District Attorney Victim Witness Assistance Program Coordinator Alma Sanchez.

Salinas Man Sentenced to 50 Years in Prison for Raping and Molesting Children added by News Desk on May 25, 2021, 11:52 pm
View all posts by News Desk →