Salinas, CA…Each year the Rolex Monterey Motorsports Reunion celebrates the greatest achievements in motorsport by accepting only the best of the best historic race cars to compete like they once did. Come Wednesday, Aug. 17 through Saturday, Aug. 20 at WeatherTech Raceway Laguna Seca, four of the groups will pay tribute to the most famous race in the world: the 24 Hours of Le Mans to kick-off its yearlong centenary celebration. 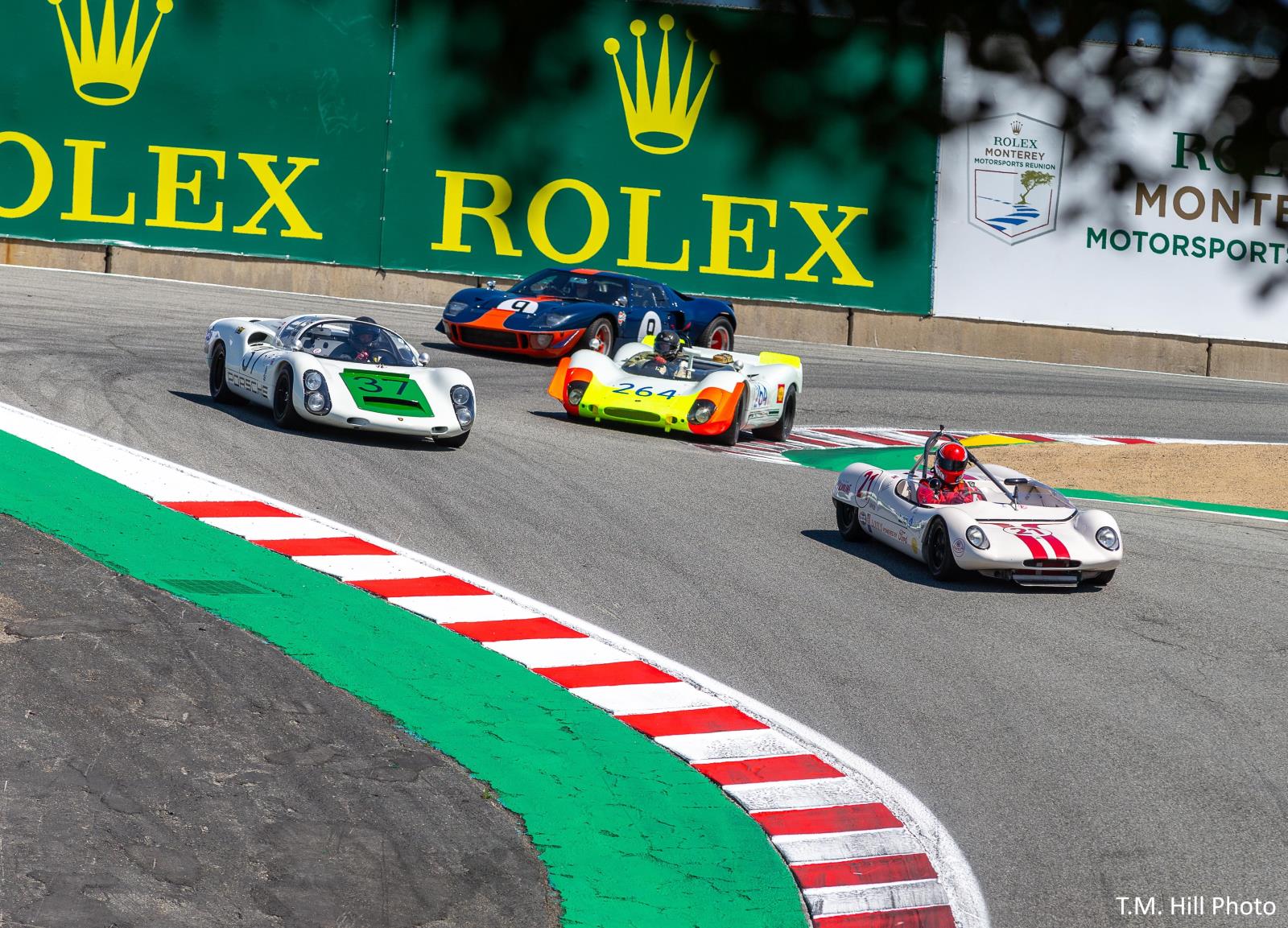 These featured groups will span the full century of Le Mans, from 1923 sports cars through 2005 prototypes. The Le Mans grids will be dedicated to authentic, period-correct cars that have participated in the 24 Hours of Le Mans or were eligible to compete in period.

To fully celebrate the rich history of Le Mans, the Rolex Reunion will curate the largest exhibition of winning or historically significant Le Mans cars ever assembled for display and exhibition laps. These cars are currently in private collections or museums and no longer driven in competition, yet they represent the best of the legendary 24 Hours of Le Mans. Featured in a massive structure, the story of Le Mans will emerge through video, period images and storyboards to entertain and educate visitors.

The Rolex Monterey Motorsports Reunion will also feature the ever-popular pre-1920 era cars, collectively known as the Ragtime Racers, which has become a staple of the week’s activities. The Ragtime Racers will not be a static display of antique race cars, which in 2021 was the largest single gathering of pre-1920 racers ever assembled in Monterey. Owners and riding mechanics wear the racing gear of the day, fire up their cars’ engines and will participate in daily race exhibitions to show fans these antiques and original racers are not for show, but can still come alive in the hills of Laguna Seca.

Members of the Monterey Motorsports Reunion Advisory Council will be scrutinizing each entry, which opens to entrants this week, to determine eligibility based on the car’s provenance, mechanical- and period-correctness, and its authenticity.

The Rolex Monterey Motorsports Reunion is one of the founding cornerstones of Monterey Car Week, having begun in 1974 as the Monterey Historic Automobile Races. Every year the most significant historic and authentic race cars, and the legendary drivers who drove them to victory, attend to celebrate the shared passion for motorsports with tens of thousands of guests.

But the event is not just for motorheads. Families of all ages enjoy the experience from the go-karts and Ferris wheel to sampling the fine wines and craft beers of Monterey County. Daily tickets to full VIP experience packages and camping in the beautiful and convenient Laguna Seca Recreation Area campground are on sale now at WeatherTechRaceway.com or by calling the tickets and accommodation specialists at 831-242-8200.