The cause of the collision is still under investigation. Alcohol and/or drugs do not appear to be a factor in this collision. 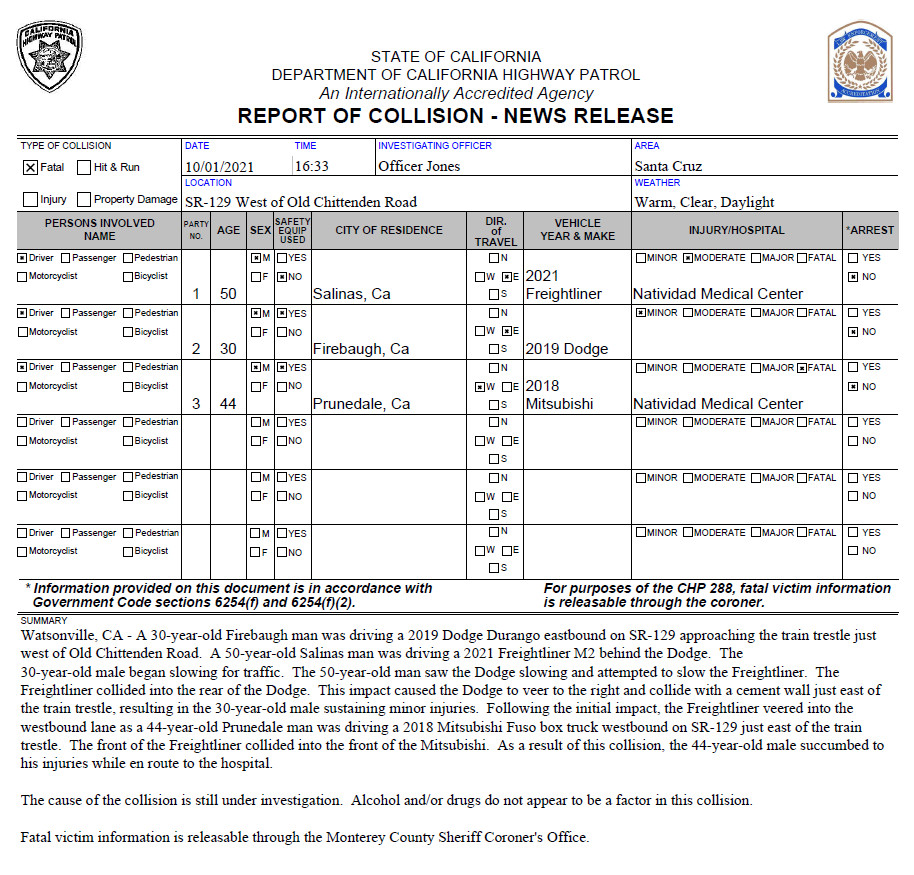