By News Desk on January 7, 2021, 2:24 pmComments Off on President-elect Biden Nominates Merrick Garland for Attorney General 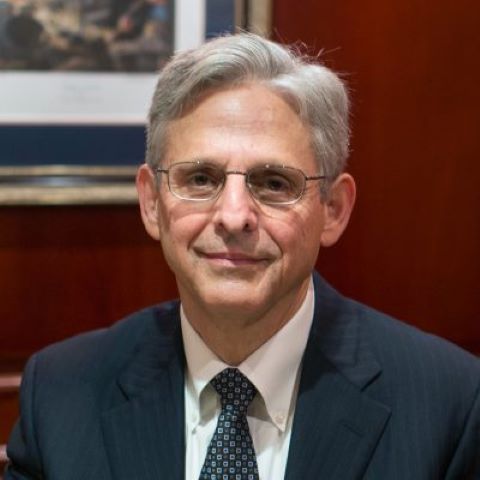 These nominees reflect the president-elect’s deeply held commitment to reaffirming the Department of Justice as a pillar of independence and integrity, and ensuring that the Attorney General and his senior leadership team are the American people’s lawyers — not the president’s law firm. These leaders will work with the dedicated career professionals at DOJ to restore the mission and independence of the department, always follow facts and the law, and serve and protect the American people with the integrity they deserve.

They will use the full extent of their authority to move us closer to the American ideal of equal justice under law — de-politicizing and rooting out systemic racism from our laws, restoring voting rights, prosecuting hate crimes, eliminating racial disparities in sentencing, ending mandatory minimums, and restoring trust between law enforcement and the communities they serve through reforms that make our communities safer.

President-elect Joe Biden said, “Our first-rate nominees to lead the Justice Department are eminently qualified, embody character and judgment that is beyond reproach, and have devoted their careers to serving the American people with honor and integrity. They will restore the independence of the Department so it serves the interests of the people not a presidency, rebuild public trust in the rule of law, and work tirelessly to ensure a more fair and equitable justice system. They are among the most accomplished legal minds in our country who also reflect the best of America’s full range of talents and background. I am honored they accepted this call to serve at such a critical time in our nation’s history.”

Vice President-elect Kamala Harris said, “Fidelity to the rule of law forms the bedrock of America’s democracy. And in the face of both the damage that has been done to our Justice Department and our country’s long-overdue reckoning on racial injustice, these are the right leaders to meet this moment. These Justice Department veterans will not only help make sure justice is applied equally across our country, they will also restore integrity and independence to the Justice Department, helping rebuild the American people’s trust in the institution. And I look forward to working closely with them to help America live up to the words etched at the United States Supreme Court: Equal Justice Under Law.”

This tested slate includes some of the nation’s most accomplished public servants:

Judge Merrick Garland, a Department of Justice veteran and independent jurist on the United States Court of Appeals for the District of Columbia, is nominated to serve as Attorney General. A consensus-building voice, Judge Garland has worked under Democratic and Republican administrations. He led investigations into some of the most high-profile cases and crises in modern history, including the “Unabomber” Ted Kaczynski, and coordinated the government’s response to the Oklahoma City bombing. Judge Garland’s nomination underscores the President-elect’s commitment to restore integrity and the rule of law, boost morale of the dedicated career professionals at DOJ, and build a more equitable justice system that serves all Americans.

Lisa Monaco, a veteran prosecutor and dedicated public servant, is nominated to serve as Deputy Attorney General. Monaco served in the Department of Justice for fifteen years, as Assistant Attorney General for National Security, a senior official in the Office of the Deputy Attorney General and as a career prosecutor. She has been a trailblazer for women in national security. She was the first woman confirmed as Assistant Attorney General for National Security and was one of the most senior women on President Obama’s national security team. She has demonstrated that public service is about service to the American people. In her career, she has prosecuted a range of cases from violent crime to fraud and public corruption, served as counsel and Chief of Staff to then-FBI Director Robert Mueller, and worked tirelessly to keep the American people safe as White House Homeland Security and Counterterrorism Advisor. Monaco will help manage the Department effectively and with integrity on day one.

Vanita Gupta is nominated to serve as Associate Attorney General. A former Acting Assistant Attorney General and one of the best-known and most respected civil rights attorneys in America, Gupta has spent her career fighting successfully for greater equity in our justice system and advancing the rights and dignity of every American. Gupta served as Acting Assistant Attorney General for the Civil Rights Division — the chief civil rights prosecutor for the United States. She is a successful consensus builder on tough issues, with years of experience managing complex settlements and advocacy experience. As the Indian-American daughter of immigrants, she would be the first woman of color to serve in this role.

Kristen Clarke, a veteran of the Department of Justice, is nominated to serve as Assistant Attorney General for Civil Rights. Clarke has extensive civil rights experience, starting her career in civil rights as a career attorney in the Civil Rights Division at the Department of Justice where she handled cases of police misconduct, hate crimes, human trafficking, voting rights, and redistricting cases. She has been a champion of systemic equity and equal justice throughout her career, including in her current role as president and executive director of the Lawyers’ Committee for Civil Rights Under Law and when she served as the head of the Civil Rights Bureau for the New York State Attorney General’s Office.
The following Department of Justice announcements were made today:

Judge Merrick Garland, Attorney General
Judge Merrick Garland currently serves on the United States Court of Appeals for the District of Columbia, where he was also Chief Judge for seven years. He also served as the Chair of the Executive Committee of the Judicial Conference of the United States, appointed by Chief Justice John G. Roberts, Jr. A veteran of the Department of Justice, Judge Garland served as Deputy Assistant Attorney General for the Criminal Division and Principal Associate Deputy Attorney General. During his time at the Department, Judge Garland supervised some of the most high-profile cases in modern history, including the “Unabomber” and Oklahoma City bombing prosecutions.

A fair-minded and independent jurist, Judge Garland was confirmed to serve on the D.C. Circuit in 1997 and has spent more than 23 years pursuing our nation’s ideal of equal justice under law. He is a dedicated and consensus-building public servant who represented underserved Americans pro bono at the outset of his legal career following a clerkship with Supreme Court Justice William Brennan. Judge Garland was also a career federal prosecutor at the Justice Department during the George H.W. Bush Administration, investigating and trying cases involving public corruption, drug trafficking, and fraud.

In 2013, Monaco was appointed Assistant to the President for Homeland Security and Counterterrorism. Earlier in her career, she served as a law clerk to the Honorable Jane R. Roth on the United States Court of Appeals for the Third Circuit, Counsel to the Attorney General, an Assistant United States Attorney for the District of Columbia, and as counsel and ultimately Chief of Staff to FBI Director Robert Mueller after the 9/11 terrorist attacks. As Assistant U.S. Attorney, she proved that no one was above the law, prosecuting a range of cases from violent crime to fraud and public corruption, including serving on the Enron Task Force, for which she received the Attorney General’s Award for Exceptional Service — the Justice Department’s highest award. Monaco is a graduate of Harvard University and the University of Chicago Law School.

Vanita Gupta, Associate Attorney General
Currently serving as President and CEO of the Leadership Conference on Civil and Human Rights, Vanita Gupta has dedicated her career to protecting and advancing democracy and the civil rights of all Americans. From October 2014 to January 2017, Gupta served as Acting Assistant Attorney General for the Civil Rights Division — the chief civil rights prosecutor for the United States. In this role, Gupta led critical efforts to reform our criminal justice system, including investigating the Ferguson, Baltimore, and Chicago police departments, prosecuting hate crimes, protecting disability and LGBTQ+ rights, voting rights, and fighting human trafficking and discrimination in education, housing, lending, and employment.

Prior to her time in the Justice Department, Gupta was a staff attorney at the ACLU, ultimately becoming the Deputy Legal Director and the Director of the Center for Justice. While at the ACLU, Gupta led the Smart Justice Campaign aimed at ending mass incarceration. She started her legal career as an attorney at the NAACP Legal Defense & Educational Fund, where she successfully led the effort to overturn the wrongful drug convictions of 38 individuals in Tulia, Texas, who were ultimately pardoned by then-Governor Rick Perry.

Kristen Clarke, Assistant Attorney General for the Civil Rights Division
Kristen Clarke has extensive civil rights experience, starting her career in civil rights as a career attorney in the Civil Rights Division at the Department of Justice. While at the Department, she was a federal prosecutor in the Criminal Section of the Division, responsible for cases of police misconduct, hate crimes, and human trafficking. Through the Division’s Voting Section, she also worked on voting rights and redistricting cases.

Clarke currently serves as president and executive director of the Lawyers’ Committee for Civil Rights Under Law (Lawyers’ Committee). She has also served as the head of the Civil Rights Bureau for the New York State Attorney General’s Office, where she successfully led landmark efforts to address discrimination in housing, the school-to-prison pipeline, and reforming practices and policies of police departments. Clarke served at the NAACP Legal Defense and Educational Fund, where she focused on voting rights and election law.

Clarke received her A.B. from Harvard University and her J.D. from Columbia Law School.