By John Hamilton on July 1, 2021, 9:30 amComments Off on Pelosi Includes Liz Cheney as Member of Select Committee to Investigate January 6th Attack on the U.S. Capitol

Washington, D.C….Speaker Nancy Pelosi today named her appointments to a bipartisan Select Committee to examine and report upon the facts and causes relating to the terrorist mob attack on the United States Capitol Complex on January 6th, 2021. 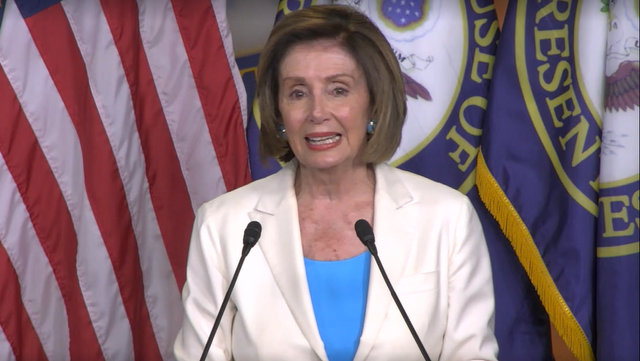 “January 6th was one of the darkest days in our nation’s history, with five people killed, 140 members of law enforcement physically harmed and countless more seriously traumatized,” said Speaker Nancy Pelosi. “It is clear that January 6th was not simply an attack on a building, but an attack on our very democracy: an attack on the peaceful transfer of power. It is imperative that we find the truth of that day and ensure that such an assault on our Capitol and Democracy cannot ever again happen.”

“It had been our hope to establish a bipartisan, independent National Commission, but there is no prospect for that Commission at this time,” continued Speaker Pelosi. “Yesterday, the House established the Select Committee to Investigate the January 6th Attack on the U.S. Capitol. Today, I am proud to name Members who will patriotically honor our oath and our responsibility to the American people: to seek the truth.”

The Members of the Committee are:

Chair Bennie Thompson: Chair of Homeland Security Committee
Chair Zoe Lofgren: Chair of Committee on House Administration
Chair Adam Schiff: Chair of House Permanent Select Committee on Intelligence
Rep. Pete Aguilar, House Administration and Appropriations Committees
Rep. Liz Cheney, Armed Services Committee
Rep. Stephanie Murphy, Armed Services Committee
Rep. Jamie Raskin, Oversight and Judiciary Committees
Rep. Elaine Luria, Navy veteran, Armed Services and Homeland Security Committees
The Select Committee on the January 6th Insurrection will investigate and report upon the facts and causes of the terrorist mob attack on the United States Capitol on January 6th, 2021. It will also be charged with reporting its findings, conclusions and recommendations for preventing future attacks. The Committee will be bipartisan, with thirteen members appointed by the Speaker, five of whom will be appointed after consultation with the Minority Leader.

“As we enter the Fourth of July weekend to observe the birth of our nation, we do so with increased responsibility to honor the vision of our Founders and to defend our American Democracy.”

Pelosi Includes Liz Cheney as Member of Select Committee to Investigate January 6th Attack on the U.S. Capitol added by John Hamilton on July 1, 2021, 9:30 am
View all posts by John Hamilton →