Over 1,000 lbs of Illegal Fireworks Seized 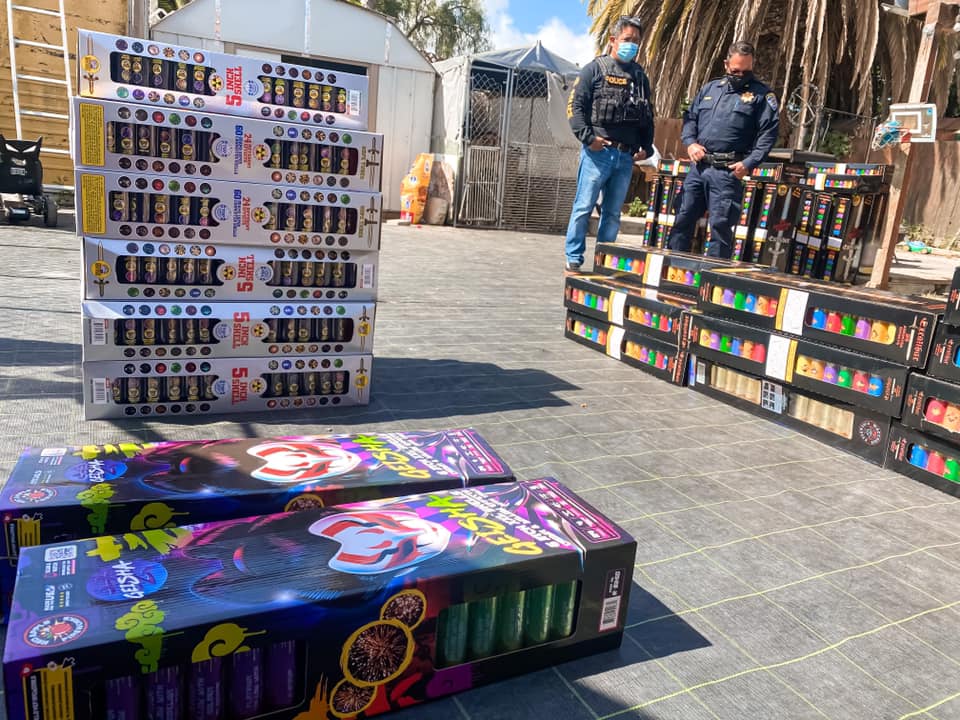 An investigation led to the arrest of a 30-year-old Watsonville man, for illegal aerial fireworks.
With the extreme fire danger we are facing this season and lack of rainfall this winter, we are urging the public to leave the fireworks to the professionals.

As we move into summer, we’d also like to remind everyone all fireworks are illegal in the unincorporated areas of Santa Cruz County.

We’d like to thank all agencies involved including CAL Fire, for their continued efforts in keeping our County safe this summer.