Pebble Beach, CA…Gooding & Company, the official auction house of the Pebble Beach Concours d’Elegance®, is thrilled to announce this singular McLaren F1 for its 17th annual Pebble Beach Auctions on August 13 and 14, 2021. The iconic supercar is one of many premier offerings the esteemed auction house will present at its spectacular two-day sale. 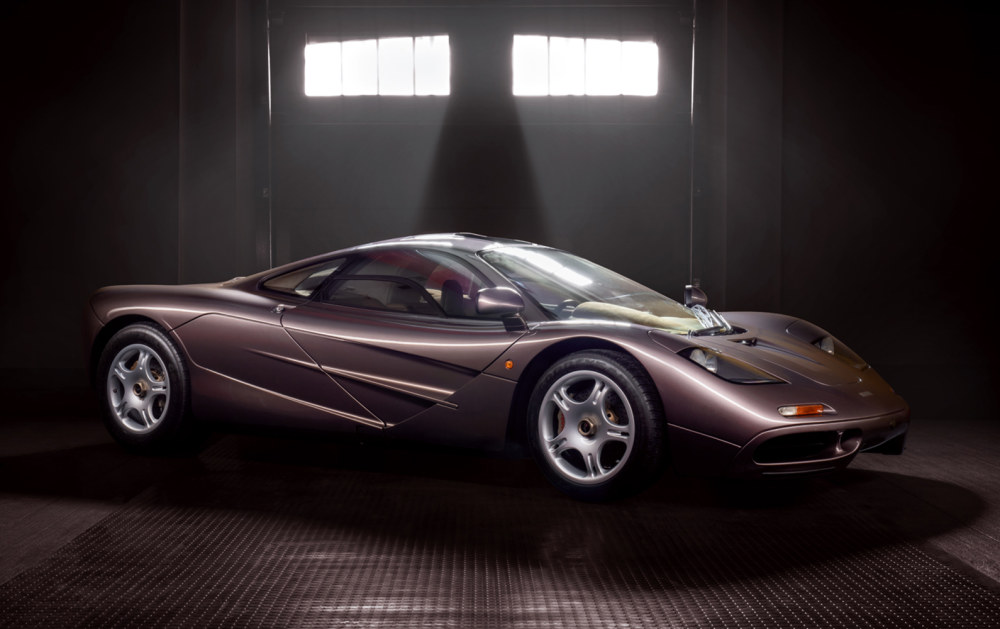 “The McLaren F1 is widely regarded as the most important automobile built in the past four decades. It is a tour de force of automotive engineering with an unmatched competition pedigree, including an overall win at the 24 Hours of Le Mans. With just over 100 road and racing F1s ever built, this car will grant its next owner entry into an extremely exclusive club,” says Gooding & Company’s Senior Specialist, David Brynan. “With its incredibly low mileage and attractive, one-of-a-kind color combination, this particular example represents an almost unheard-of opportunity to acquire an F1 in virtually as-delivered condition. This significant car will surely compete for the top sale of the auction week.”

1995 McLaren F1 (Estimate: In excess of $15,000,000) The brainchild of celebrated designer Gordon Murray, the McLaren F1 was envisioned as the ultimate road car – a true Formula 1 car for the road. The F1 project began in 1988, when Ron Dennis, Mansour Ojjeh, and Creighton Brown, the heads of McLaren’s dominant Formula 1 team, decided to put Murray’s unique three-seat, center-drive sports car concept into production. The innovative team pioneered the production of this very rare design feature, boasting a seat in the center of the car with passenger seats flanking the driver on either side. Not only did the F1 showcase McLaren’s technical prowess, characterized by precision engineering and exemplary attention to detail, it also represented an exciting new venture into producing road cars.

When it was first unveiled in 1992, the F1 was immediately hailed as a mechanical masterpiece. The McLaren supercar was not only novel in its concept, but each F1 was hand built to exacting standards, utilizing the finest state-of-the-art materials, including carbon fiber, Kevlar, titanium, and even gold. True to Murray’s uncompromising design ethos, the F1 featured elegant bodywork penned by the great Peter Stevens using Grand Prix technology, including ground effects, to generate downforce. Its naturally aspirated BMW Motorsport six-liter V-12 engine was a magnificent design that developed over 100 hp-per-liter and produced an intoxicating howl as it revved to its 7,500 rpm redline. The F1 also featured a revolutionary carbon fiber monocoque chassis, a six-speed manual transaxle, unassisted Brembo brakes, and bespoke high-speed tires. Although intended as a pure driver’s car, the F1 was designed for comfortable road use and is equipped with a clever air-conditioning system as well as a lightweight audio system specially designed by Kenwood.

Between 1992 and 1998, McLaren built just 106 examples of the McLaren F1. A testament to the quality of its design and engineering, the F1 remains the fastest naturally aspirated production car, with a top speed of 240 mph. Though it was not designed as a racing car, the competition-specification F1 GTR dominated motor racing during the 1990s. In 1995, the original GTRs – a mildly modified version of the road-going F1 – placed 1st, 3rd, 5th, and 13th at the 24 Hours of Le Mans. With the F1 GTR, McLaren went on to capture the BPR Global GT Series Championship in 1995 and 1996. As the most expensive production car when new, the McLaren F1 is now among the most desirable of all collector cars. It represents the pinnacle of modern sports car design and is the supercar by which all others are judged.

This F1, chassis 029, has rarely been seen in public. This remarkable McLaren spent most of its existence hidden away in a private Japanese collection. While in Japan, it was carefully maintained and seldom driven, contributing to its exceptional present condition. Its current US-based owner has continued to preserve the car in the same as-delivered state. Astoundingly, this McLaren has covered less than 390 kilometers from new and remains in pristine, original condition, down to its date-coded Goodyear Eagle F1 tires, ranking it among the finest and best-preserved examples extant. Adding to this spectacular supercar’s uniqueness is its sensational one-off color scheme, which ideally suits the understated exterior design. According to factory records, chassis 029 was the 25th road car built and is the only F1 delivered in Creighton Brown, a special color named after the executive who was instrumental in establishing the McLaren Cars company. This distinctive livery is perfectly complemented by Light Tan and Dark Brown leather upholstery inside the three-seater cockpit.

A true time capsule, chassis 029 is offered with important accessories including the McLaren service book, owner’s manual, FACOM tool chest, titanium tool kit, fitted luggage, TAG Heuer watch, and the official Driving Ambition book. This is a unique, once-in-a-lifetime opportunity to acquire the lowest-mile F1 ever presented at auction and gain instant access into one of the most exclusive clubs in motoring.