Santa Cruz, CA…On Thursday, 6/3/21, the New Hanover County Sheriff’s Office in North Carolina notified SCPD that a Wanted Sex Offender was possibly living within the Santa Cruz City limits. Wasting no time, the SCPD Investigations Bureau followed up, located, and confirmed that Troy Lamar Walker 48 years old wanted sex offender, was residing in our community. Additionally, detectives learned Mr. Walker is known to use aliases to evade arrest and was currently was using the false name of Jacquard Sauvignon. 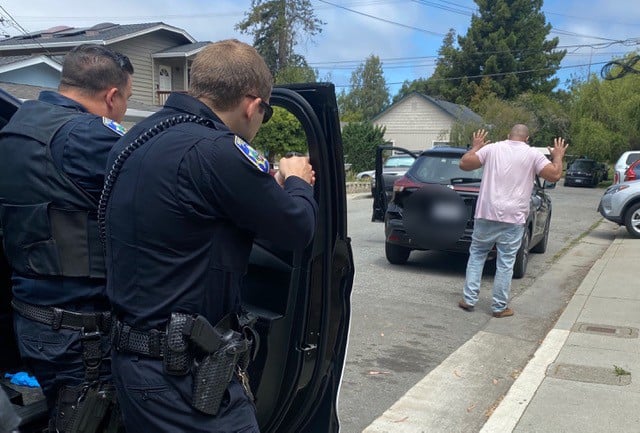 Under the alias of Jacquard Sauvignon – Troy Walker met a woman online who resides in Santa Cruz through a dating website. Subsequently, Mr. Walker arrived in the City of Santa Cruz sometime in April. Unfortunately, the woman was unaware of Mr. Walker’s true identity and was unaware he was a wanted felon.

On Friday, 6/4/2021, around noon, SCPD Officers and Detectives arrested Mr. Walker for the outstanding felony warrant in violation of the terms of his Sex Offender Registration. He was booked at the Santa Cruz County Jail, awaiting a Full Extradition back to North Carolina.

Good work by Investigations and Patrol!
#SantaCruzPolice is dedicated 24/7/365 to our community with ongoing efforts to keep Santa Cruz a safe place to live, work & raise a family.