Salinas, CA…IndyCar rookie Jimmie Johnson and new teammate Alex Palou took on the challenging road course Tuesday in a test session that included pit stop practices and plenty of hot laps to learn the car on the technically demanding circuit. 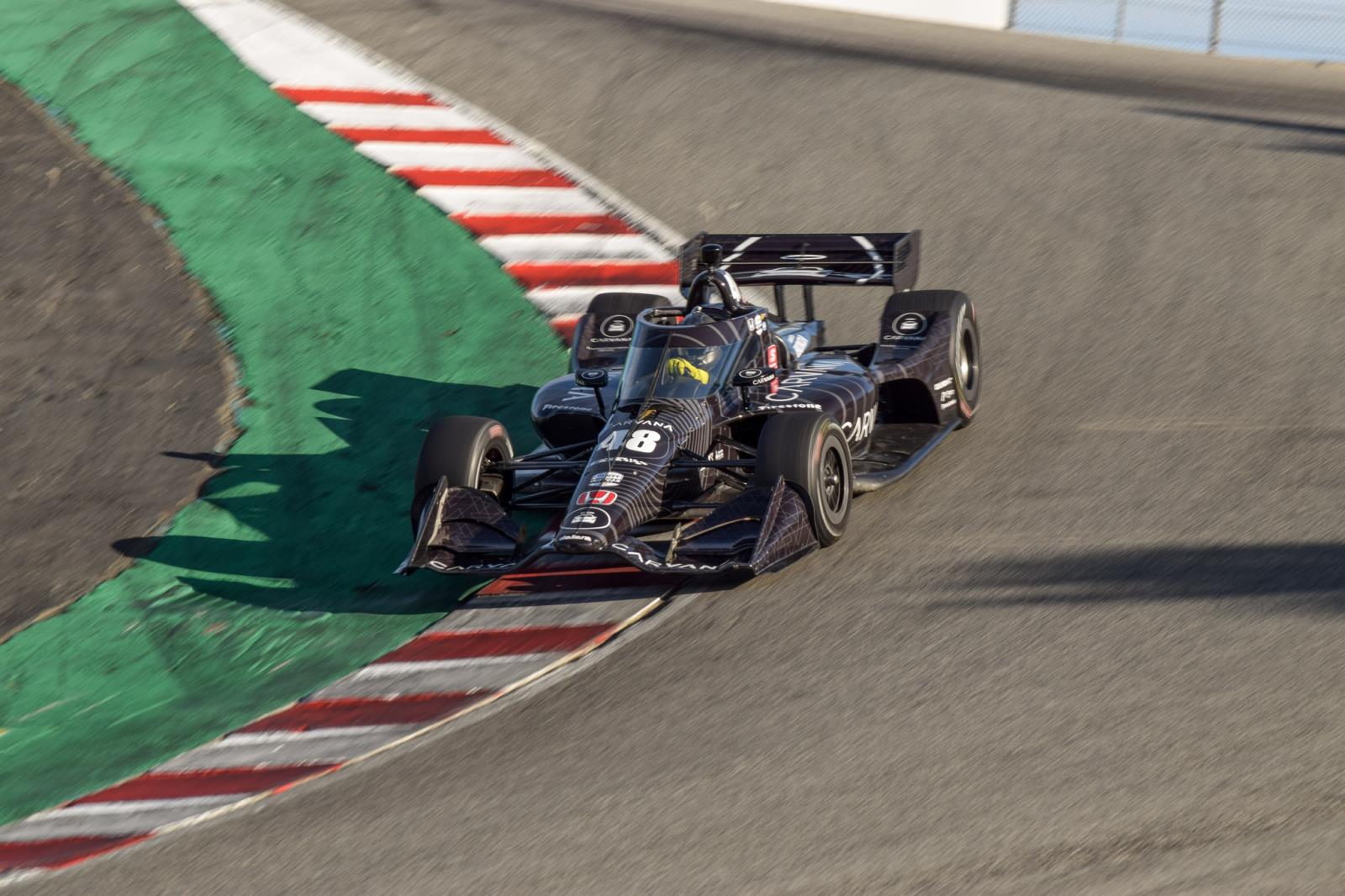 Driving coach and IndyCar champion Dario Franchitti, along with team owner Chip Ganassi, were present to provide expertise and support. Chip Ganassi Racing earlier announced Carvana will be the primary partner for Johnson who will drive all 13 road and street circuits next season. A Carvana video crew was on hand to capture his debut in Monterey as was Racer magazine and KTVU-TV from the San Francisco Bay Area.

After his testing session at WeatherTech Raceway Laguna Seca, Johnson is scheduled for additional testing sessions before beginning his first season as an IndyCar driver on March 7 in St. Petersburg, Florida.

When the NTT IndyCar Series arrives into Monterey for the season finale Sept. 17-19, all eyes will be on Johnson and Palou to see how they have progressed when they compete against defending NTT IndyCar Series Champion and Chip Ganassi Racing teammate Scott Dixon and 2019 Firestone Monterey Grand Prix winner Colton Herta.