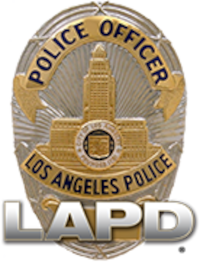 The investigation revealed that James Jackson, Jaylin White, and Lafayette Whaley were involved in the robbery and shooting of the victim. Detectives do not believe the suspects were targeting the victim because of the dogs’ owner. However, evidence suggests the suspects knew the great value of the breed of dogs and was the motivation for the robbery.

Harold White and Jennifer McBride were determined to be accessories after the initial crime. McBride reported that she found the dogs and responded to the reward email to return the dogs.

She ultimately brought the dogs to LAPD Olympic Station. Detectives were able to establish McBride had a relationship with the father of one of the suspects, Harold White.

The woman found the dogs and reached out to Lady Gaga’s staff to return them. The woman’s identity and the location the dogs were found will remain confidential due to the active criminal investigation and for her safety.

The victim is listed in stable condition after the shooting, and his injuries were described as being non-life-threatening.

LAPD Robbery Homicide Detectives will continue to investigate to ensure the persons responsible are ultimately arrested and brought before justice.

Los Angeles: Detectives from the Los Angeles Police Department’s Robbery Homicide Division, Robbery Special Section, are seeking the public’s help in providing any information that would lead to the identification and arrest of violent street robbery suspects.

On February 24, 2021 at approximately 9:40 p.m., the victim was walking three French bulldogs in the area of Sierra Bonita Avenue and Sunset Blvd. The suspects approached the victim in a white Nissan Altima four door.
Two suspects exited the vehicle and demanded the victim turn over the dogs at gunpoint. The victim struggled with the suspects and was shot once by one of the suspects. The suspects took two of the three dogs and fled the scene in the suspect vehicle.

Suspect-1 is described as a male black, 20-25 years of age, blond dreadlocks, wearing a black hoodie, and armed with a semi-automatic handgun.

The owner of the stolen dogs was identified to be the celebrity known as “Lady Gaga.” The victim is in stable condition.

If anyone has videos or photos of this incident please send to SAFELATIPS@lapd.online