Long Beach, CA…The unified command is continuing its response Sunday to the reported oil spill off Newport Beach. All available actions are being taken to ensure the safety of the public and response personnel, to control the source and recover spilled materials, to maximize the protection of environmentally sensitive areas and minimize impact to maritime commerce. 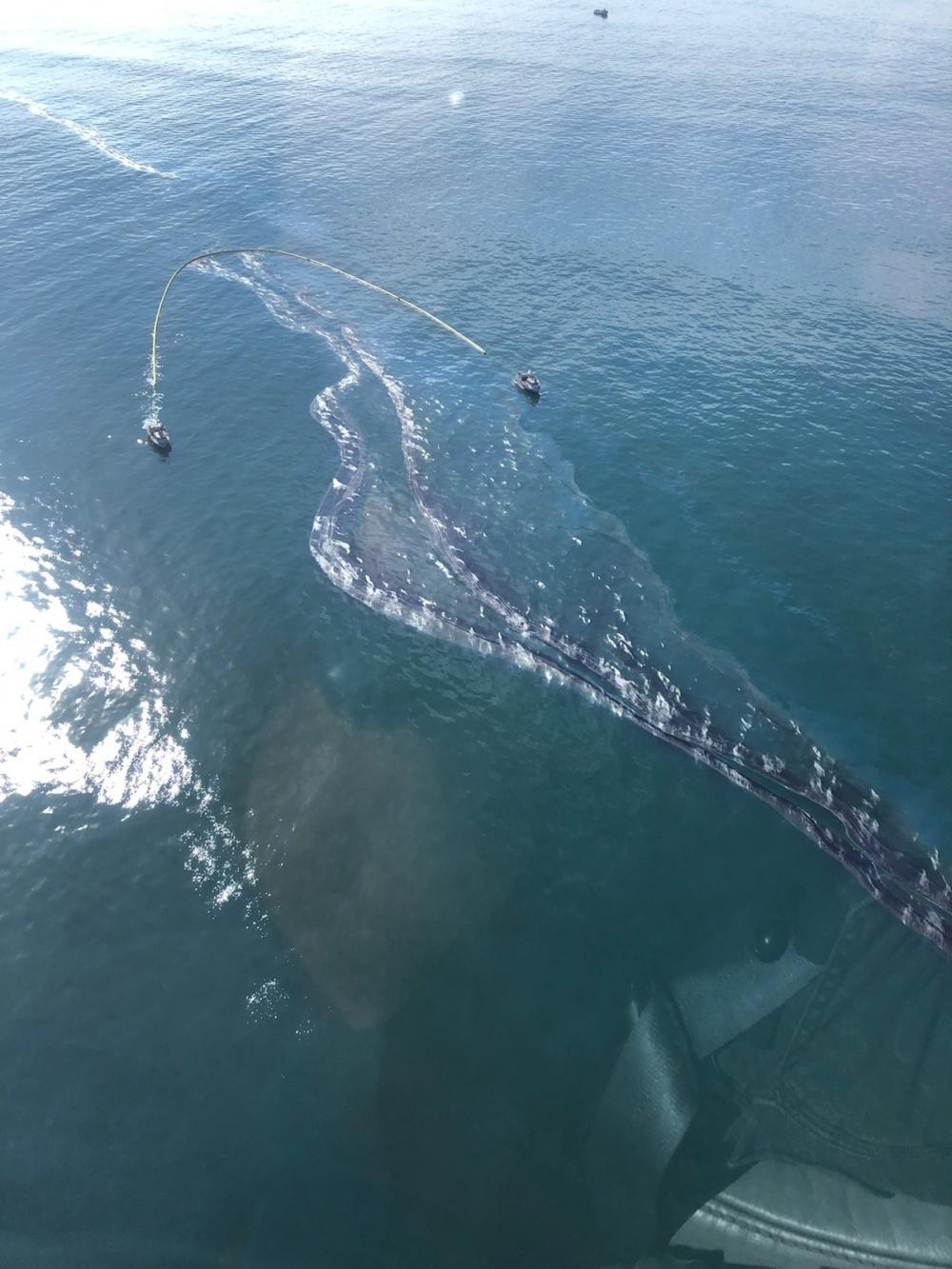 This response is currently a 24/7 operation and response efforts are scheduled to continue until federal and state officials determine that the response to the crude oil spill is complete.

As of Sunday, a total of 1,218 gallons of oily water mixture have been recovered, nine boats were dispatched for oil spill recovery operations, three shoreline assessment teams have been dispatched and 3,700 feet of boom have been deployed.

There are no impacts to commercial traffic and the Huntington Beach air show has been cancelled.

One oiled Ruddy duck has been collected and is receiving veterinary care. Other reports of oiled wildlife are being investigated. The Oiled Wildlife Care Network has been activated. For your safety and the safety of the animals, the public is asked to not attempt to capture oiled animals. Report oiled wildlife to 1-877-UCD-OWCN (1-877-823-6926).

Public volunteers are not requested at this time, but information can be found at https://calspillwatch.wildlife.ca.gov/Volunteer.

A claims number has been established for any individuals or businesses who feel they may have been affected by the incident (866) 985-8366 and reference Pipeline P00547.

The unified command consists of the Coast Guard, California Department of Fish and Wildlife’s Office of Spill Prevention and Response (CDFW-OSPR) and Amplify Energy. Supporting agencies are the cities of Long Beach, Newport Beach and Huntington Beach.

The investigation continues into the cause of the spill.

Media inquiries can be directed to newportbeachoilspill2021@gmail.com.