Washington, DC…The USCP accepts the findings from the District of Columbia’s Office of the Chief Medical Examiner that Officer Brian Sicknick died of natural causes. This does not change the fact Officer Sicknick died in the line of duty, courageously defending Congress and the Capitol. The Department continues to mourn the loss of our beloved colleague. The attack on our officers, including Brian, was an attack on our democracy. 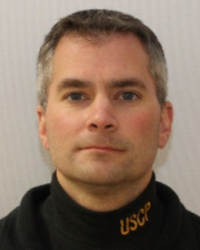 Working with the U.S. Attorney’s Office for the District of Columbia, the F.B.I.’s Washington Field Office and the Metropolitan Police Department, the USCP will continue to ensure those responsible for the assault against officers are held accountable.

The United States Capitol Police will never forget Officer Sicknick’s bravery, nor the bravery of any officer on January 6, who risked their lives to defend our democracy.

Officer Sicknick’s family requests their privacy be respected during this difficult time.