Santa Cruz, CA…On 8/28/2020 at approximately 1515 hours, a 32 year old male from Santa Cruz, CA, was riding a 2019 Indian motorcycle, southbound on SR-17 north of Sugarloaf Rd., between traffic lanes besides a 2014 Peterbilt truck. For an unknown reason, the motorcyclist lost control of his vehicle, and the motorcyclist overturned causing the rider and motorcycle to collide with the asphalt roadway.

The cause of this collision is still under investigation. Alcohol and/or drugs do not appear to be a factor at this time. 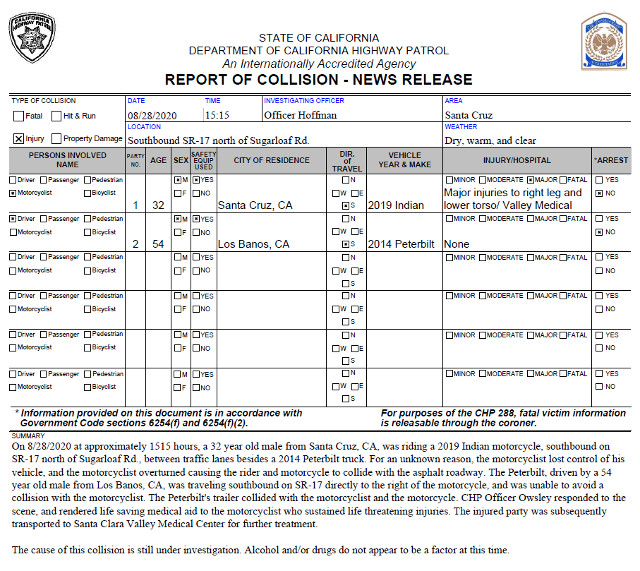