By News Desk on September 30, 2022, 9:44 pmComments Off on Major Injuries to Sacramento Woman in Pickup vs Pedestrian on Hwy 1

For an undetermined reason, the Ford struck Godoy as she attempted to cross the roadway. Following the collision, Leon stopped the Ford and remained on scene until CHP arrival.

Godoy sustained major injuries as a result of this crash and was transported to Santa Clara Valley Medical Center.
The cause of this crash is still under investigation. Alcohol or drugs were not determined to be a factor in this crash. 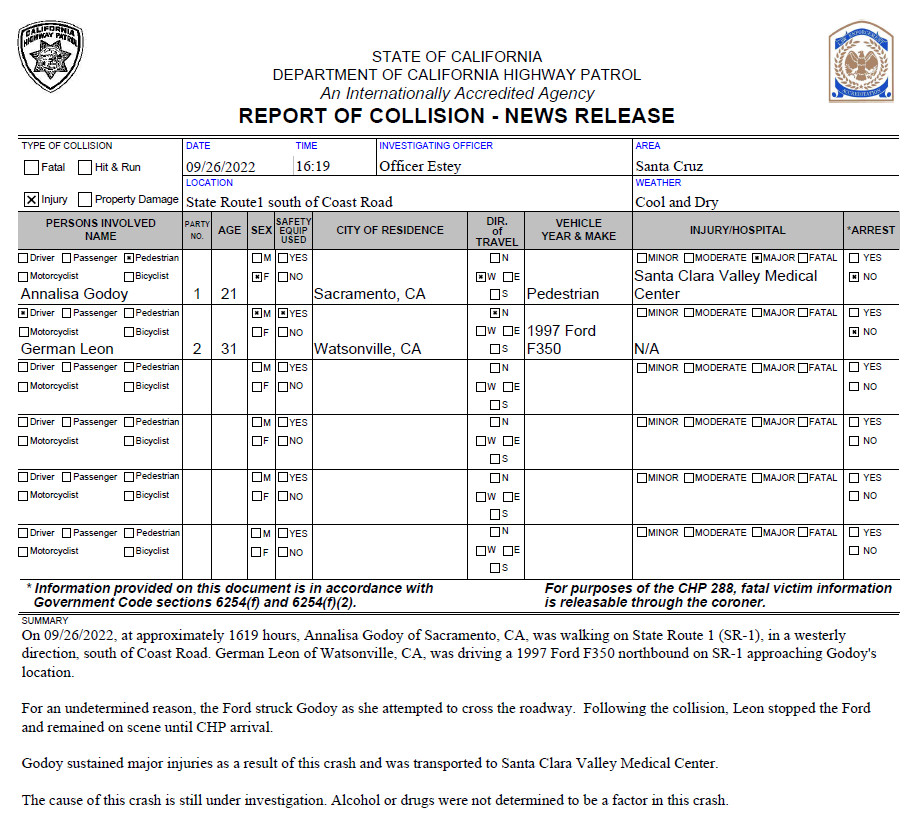 Major Injuries to Sacramento Woman in Pickup vs Pedestrian on Hwy 1 added by News Desk on September 30, 2022, 9:44 pm
View all posts by News Desk →