By News Desk on June 29, 2021, 8:26 amComments Off on Major Discovery of Rare Declaration of Independence at the American Philosophical Society

Philadelphia, PA…The Declaration of Independence is an iconic document, famous for the signers’ distinctive signatures and the bold heading that begins “IN CONGRESS. July 4, 1776.” But as any visitor who has seen the original Declaration at the National Archives knows, the original is badly faded and looks quite different from the version that is reprinted in books, featured in television and movies, and offered for sale in any number of gift shops. Those much more legible versions are descended from an engraving created by William J. Stone in the 1820s. Copies printed from Stone’s original copper plate are rare, and an analysis by the American Philosophical Society’s Head of Conservation Anne Downey uncovered a hidden treasure in the Library’s collection—a particularly rare paper copy of William J. Stone’s official engraving of the Declaration of Independence, making it only the eighth known copy in existence. Archival research demonstrates the APS copy was a donation from Secretary of State Daniel Webster’s personal collection in 1842. 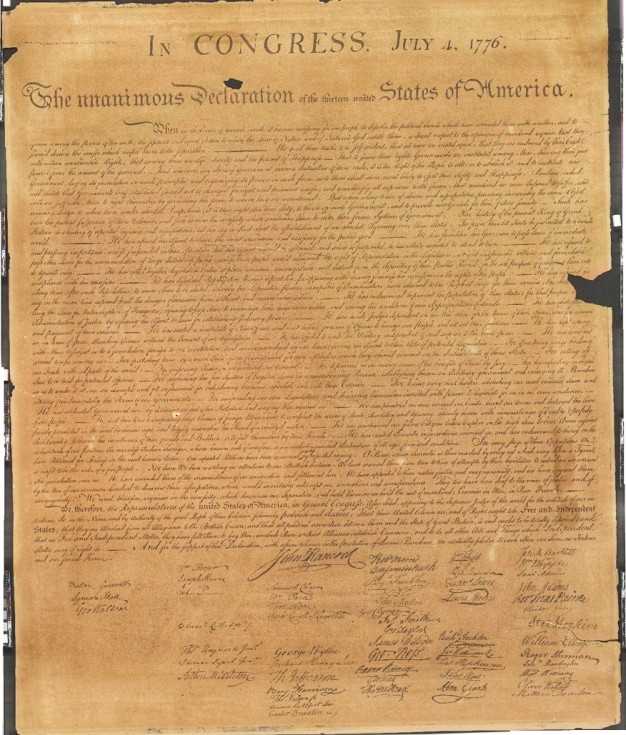 The Declaration’s condition has long been a concern—by the 1820s, the original had become noticeably distressed, spurring then-Secretary of State John Quincy Adams to commission engraver William J. Stone to create an exact copy. Stone worked directly with the original and possibly used a transfer process to perfect his rendering. That made Stone’s engraving the only faithful copy made of the original document for posterity and the basis for the popular copies that proliferate today.

Stone initially produced 201 parchment copies for living signers of the Declaration, government dignitaries, select institutions, and one for himself. The discovery of the first paper print of the Stone Declaration in 2002 offered new evidence of a more complex printing history for the famous facsimile. The APS copy is now the eighth known surviving example.

APS Head of Conservation Anne Downey confirmed the document’s authenticity through a thorough examination. For decades, the APS believed their copy was a facsimile based on its appearance. The APS copy had been heavily varnished at some point. Over time, this coating darkened and yellowed giving it the appearance of a poorly produced facsimile. The ink also looked flat, indicating a lithographic reproduction process, instead of the slight three-dimensionality an engraving’s ink should have. 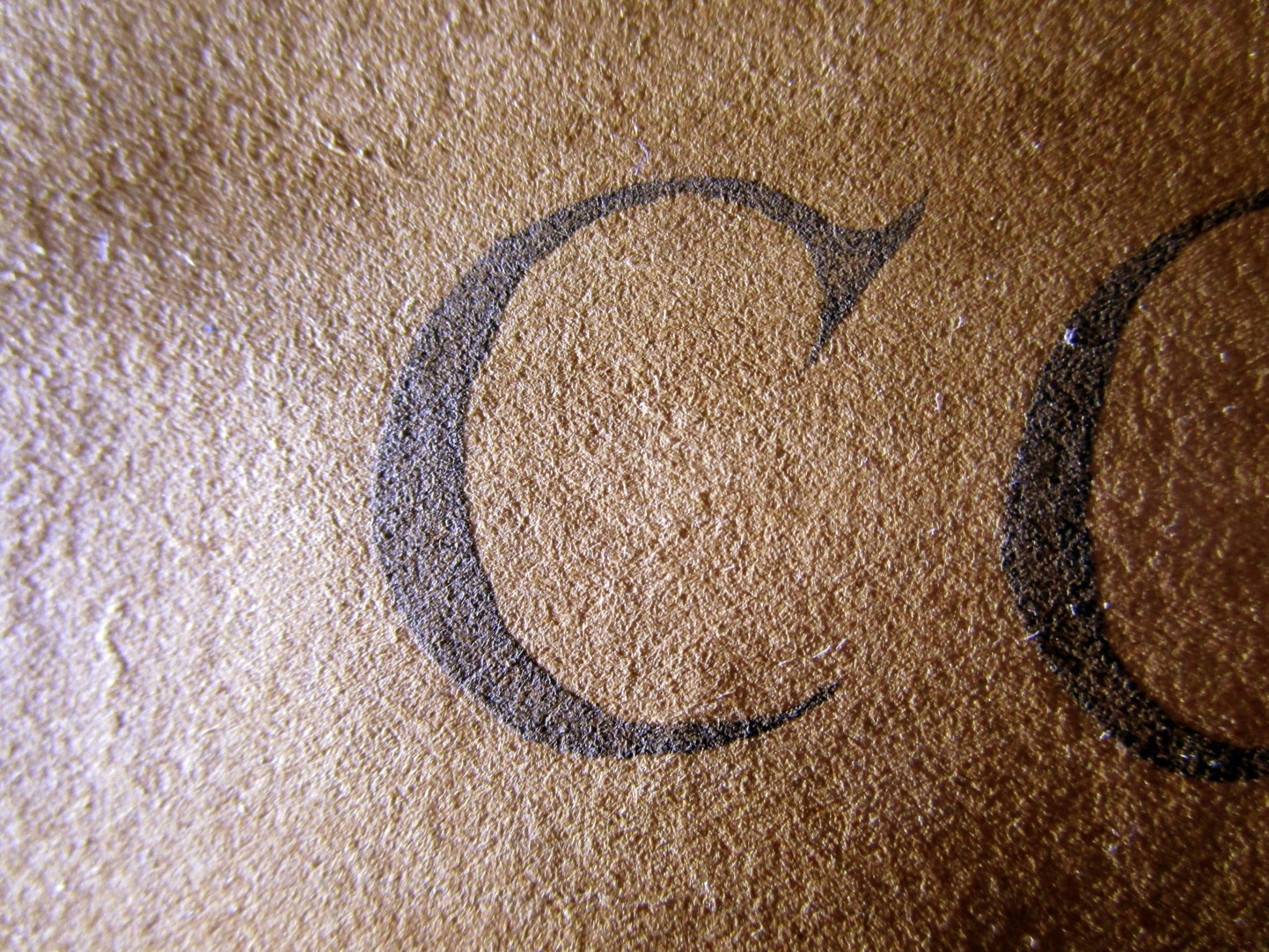 As Downey began to remove the surface coating, it became clear that the print was indeed an engraving. She said, “I lit the document from the side which revealed little hills of ink that are very distinct.” Downey then suspended treatment to perform an additional visual examination and microscopic analysis. Her efforts included flying in special microscopic equipment from California days before the pandemic shut APS offices. Downey’s work revealed the presence of thick, white wove paper. Knowing this made it possible to determine the print is neither a 19th century souvenir, which would be made of wood pulp, nor a copy of the second edition, printed in the 1830s on flax paper.

While the physical evidence is conclusive, the print’s history in the APS collections has some gaps. On December 11, 1841, Joseph R. Ingersoll asked Secretary of State Daniel Webster to give a copy to the Society. Webster replied three days later that he could not legally give a copy to the APS but that he would send his personal copy “to which I was entitled as a member of Congress at the time the distribution was made.” The APS Minutes of January 7, 1842 note the arrival of the Stone Declaration and its addition to the collection. Staff rediscovered the paper print in 2001, and almost two decades later, Downey determined its true significance.

“This find adds yet another piece to what may be one of the best collection of Declarations in the world,” Librarian Patrick Spero said, “The APS holds Thomas Jefferson’s handwritten draft of the Declaration, two Dunlap copies, one of which is the only known oversized copy, the first printing in the Pennsylvania Evening Post, and the first printing in Europe. We also have the chair that Thomas Jefferson is believed to have sat in to write the Declaration. Discovering that we have a Stone copy completes this story.”

About the American Philosophical Society

The American Philosophical Society, established in 1743 by Benjamin Franklin for the purpose of “promoting useful knowledge,” is the nation’s oldest learned society. An intellectual bedrock of the early United States, the APS counts nearly all of the nation’s founders as Members of the Society. Election to Membership honors those who have made exceptionally significant contributions to science, the arts and humanities, and public life. The Society promotes scholarly research through its Library, including 40 fellowships each year, and through its research grant program. The Society sustains an informed citizenry through twice-yearly meetings and topical conferences and symposia. Public programs and museum exhibitions, which often draw close to 200,000 visitors annually, are inspired by The APS Library & Museum collections, which include 14 million pages of manuscripts, 275,000 books, and approximately 3,000 artifacts and fine art objects. The collection is strongest in early American history, Native American history and culture, and the history of science. APS publications are dedicated to publishing research that reflects a broad range of useful knowledge and is the oldest continuously operating scholarly press in the country.

Major Discovery of Rare Declaration of Independence at the American Philosophical Society added by News Desk on June 29, 2021, 8:26 am
View all posts by News Desk →