By News Desk on August 15, 2021, 9:30 pmComments Off on Leader McCarthy Statement on Situation in Afghanistan Following Administration Briefing 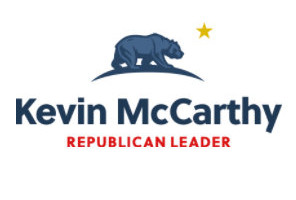 Leader McCarthy released the following statement after the call:

“Last month, President Biden told America that the Afghanistan government had 300,000 troops, that are – in his own words – ‘well-equipped as any in the world’ and that they would be prepared to defend the country against a Taliban takeover. His Secretary of State also expressed enough confidence to assume a U.S. diplomatic presence in the country would remain, adding the caveat that even if security deteriorated, he didn’t think it would happen from ‘Friday to Monday.’

“Just over the past three days, we have seen the Taliban take over Bagram airbase, thousands of prisoners – majority of whom are considered terrorists – released from prison by the Taliban, the Afghan president has apparently fled the county, and our embassy personnel still in Kabul were just asked to shelter in place.

“In addition, I’m concerned by the effects of the Afghanistan deterioration on U.S. national security at home. As President Biden’s border crisis continues and individuals on terror watch lists have been stopped at the border, the risk of Afghanistan turning back into a terrorist haven will have direct impacts on our border security.

“This morning, House Members received a briefing from the Administration regarding the current situation in Afghanistan. The situation in Afghanistan is dire, our border is not secure, and both have direct impacts on our national security. However, I only heard excuses. Amidst the ongoing chaos and ensuing instability at home and abroad, the only solution President Biden has offered is to play politics and baselessly blame his predecessor. Joe Biden has been commander-in-chief for seven months – the current failure in Afghanistan falls squarely on his shoulders.

“Given that Republican Members were somehow not allowed to ask questions during the call, I’ve requested the Administration hold another call in the immediate future to answer Members’ questions.

While we wait for more answers from the Administration, I ask President Biden to stop finding excuses for his own mistakes and address the country in person with how he plans to secure U.S. national interests, protect our personnel on the ground, assist the Afghan allies who have helped us, and prevent the resurgence of Al Qaeda.

“His lack of leadership during this pivotal moment has been shameful – it has only served to embolden our adversaries and let down our allies.”