Monongahela, PA…This morning Republican House GOP leaders launched their “Commitment to America” based on the four tenets of: Fight Inflation and Lower the Cost of Living, Reduce Crime and Protect Public Safety, Make Sure Every Student Can Succeed and Give Parents a Voice, Hold Washington Accountable. The livestream replay of the press event is below. 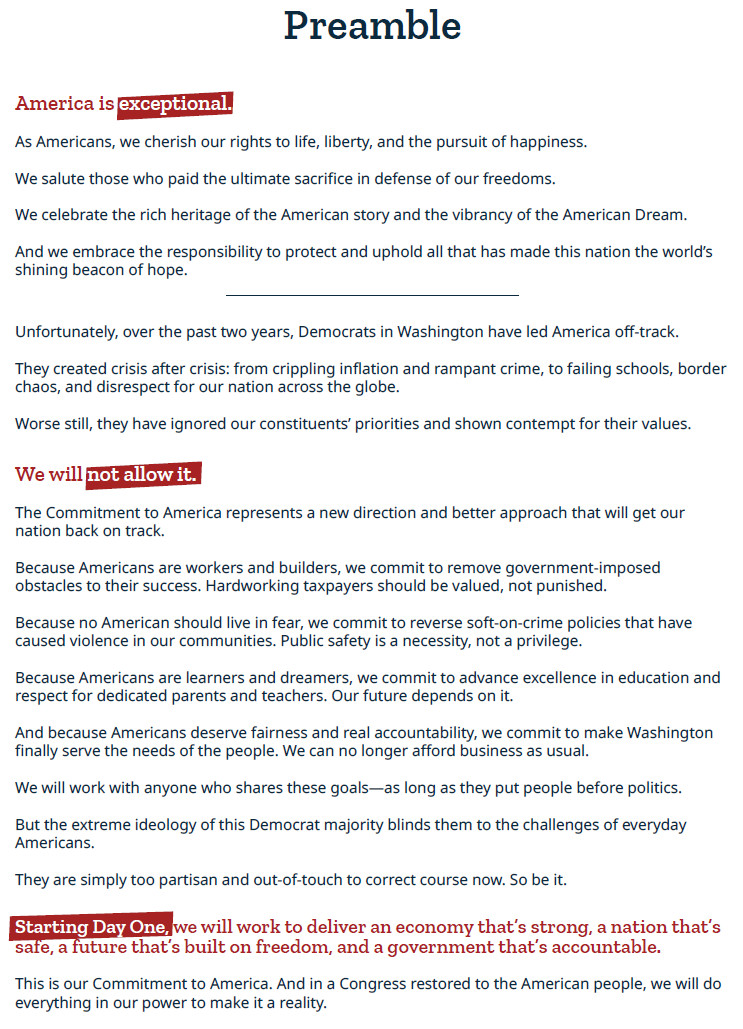 Fight Inflation and Lower the Cost of Living
Everyone knew that wasteful Washington spending would spur inflation. Millions in hardworking taxpayer dollars were sent to luxury resorts and ski slopes, even stimulus checks to prisoners like the Boston Marathon bomber. Yet after more than a year of crushing inflation, Democrats still have no plan to solve it. Americans can’t afford Democrats’ policies, but we are certainly all paying for them.

Reduce Crime and Protect Public Safety
As a result of “Defund the Police” efforts, law enforcement officers across the country are facing the toughest working conditions in years—to say nothing of the liberal prosecutors and district attorneys who fail to do their job and keep criminals off the streets. At the same time, illicit fentanyl is flowing into our country and robbing an entire generation of Americans from a chance at the life they deserve.

Make Sure Every Student Can Succeed and Give Parents a Voice
When schools shut down, teachers unions still got paid but students bore the costs. All studies show that “virtual schooling” has caused severe learning and development loss that will take years to make up. What’s worse, when parents tried to understand what their children were being taught and how their tax dollars were being spent, they weren’t just ignored—they were targeted by this Administration.

Hold Washington Accountable
Government should work for the people, not against them. But under one-party rule, Democrats have used their power to silence critics and avoid genuine scrutiny. When faced with obvious abuses of power, Democrats in Congress simply bury their heads in the sand.