By News Desk on August 10, 2021, 1:14 pmComments Off on Hollister Couple Lost Their Lives in Hwy 152 Motorcycle Crash

Watsonville, CA- On August 7, 2021, at approximately 1557 hours, CHP officers responded to a traffic collision on State Route 152 (SR-152) east of Carlton Rd. A 26-year-old Salinas man driving a 2020 Ford F-550 proceeded to enter westbound traffic from a private driveway from the south shoulder of SR-152. As the Ford merged into traffic, a 43-year-old Hollister man, riding a 2002 Harley-Davidson motorcycle, with a 41-year-old female passenger (Hollister), began to travel westbound within the eastbound lane of SR-152 while passing other vehicles in the westbound lane. The 43-year-old was late to notice the Ford entering traffic and attempted to avoid the Ford, but was unable to come to a complete stop.

The Harley Davidson overturned onto the roadway causing the rider and the passenger to be ejected from the motorcycle. The male rider succumbed to his injuries on scene. The female passenger was transported to Watsonville Hospital where she succumbed to her injuries.

The cause of the collision is still under investigation. It is unknown if alcohol and/or drugs are a factor in this collision. 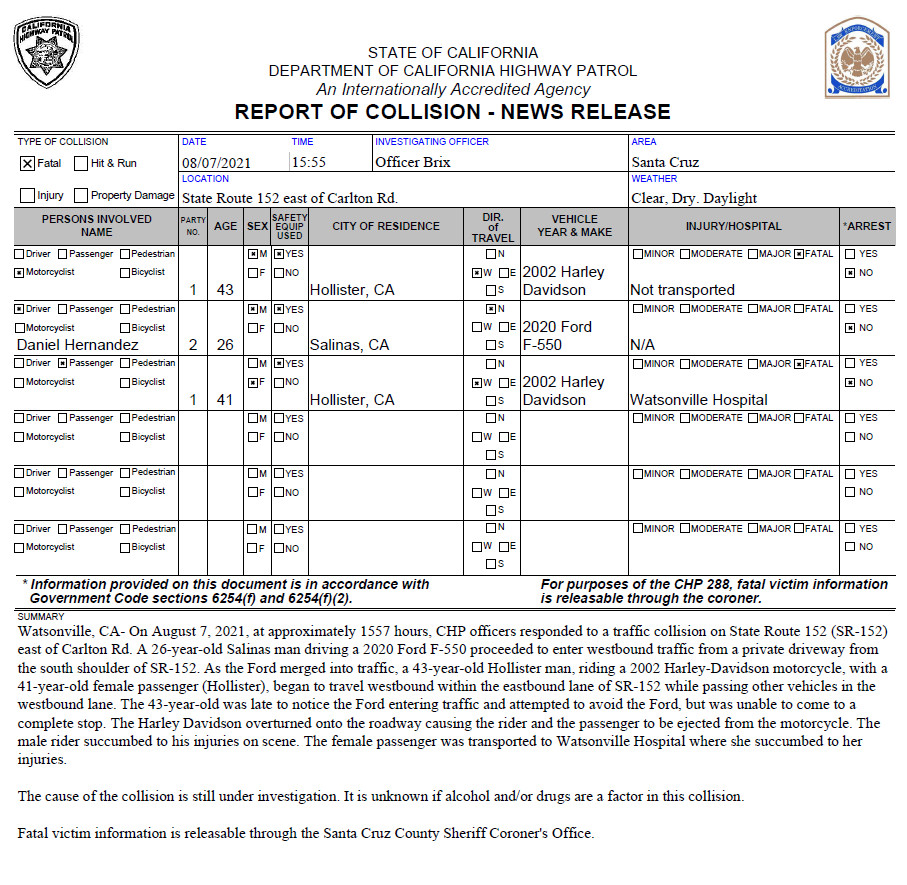