Sacramento, CA… Governor Gavin Newsom today announced that he will submit to the State Legislature the nomination of San Diego Assemblymember and Chair of the California Legislative Black Caucus, Dr. Shirley N. Weber, as the next California Secretary of State, filling the seat that will be vacated by Secretary of State Alex Padilla once he assumes office in the United States Senate. 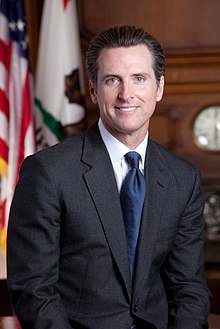 An Assemblymember since 2012, former President of the San Diego Board of Education and a retired Africana Studies Department professor for 40 years at San Diego State University, Dr. Weber will become the first-ever African American to serve as Secretary of State in California. She has been a voice of moral clarity in the Legislature, one who her colleagues have looked to for leadership on issues of social justice, including authoring the California Act to Save Lives, landmark legislation passed and signed by Governor Newsom in 2019 setting new, higher standards on the use of deadly force by police. The nomination is subject to confirmation by the California State Assembly and Senate within 90 days.

“Dr. Weber is a tireless advocate and change agent with unimpeachable integrity,” said Governor Newsom. “The daughter of sharecroppers from Arkansas, Dr. Weber’s father didn’t get to vote until his 30s and her grandfather never got to vote because he died before the Voting Rights Act passed in 1965. When her family moved to South Central Los Angeles, she saw as a child her parents rearrange furniture in their living room to serve as a local polling site for multiple elections. Now, she’ll be at the helm of California’s elections as the next Secretary of State – defending and expanding the right to vote and serving as the first African American to be California’s Chief Elections Officer.”

“I am excited to be nominated for this historic appointment as the Secretary of State of California. I thank Governor Newsom for the confidence he’s placed in me and his belief that I will stand strong for California. Being the first African American woman in this position will be a monumental responsibility, but I know that I am up for the challenge. Expanding voting rights has been one of the causes of my career and will continue to motivate me as I assume my new constitutional duties,” said Dr. Weber.

Dr. Shirley Weber was born on a 100-acre farm in rural Hope, Arkansas where her father, David, was a sharecropper. Though he had a sixth-grade education and, according to Weber, could barely read, he instilled in Weber and her siblings a belief in the power of education. The family fled the farm and moved across the country when Weber was just three because her father refused to back down in a dispute with a white farmer, and a lynch mob threatened his life.

Soon after the family moved to the Pueblo Del Rio housing projects in South Los Angeles in 1951, Weber began school. She is a proud product of California public schools – district schools in Los Angeles through high school, and later at UCLA, where she earned three degrees, including her Ph.D., at only 26 years old.

As one of the few Black women in Southern California navigating academia in the late 1960s and early 1970s, Dr. Weber ascended to become one of the youngest-ever professors at San Diego State University, where she helped found the Africana Studies Department. Prior to being elected to the Assembly, Dr. Weber served as the mayor’s appointee and Chair on the Citizens Equal Opportunity Commission. She has also served on the Board of the NAACP, YWCA, YMCA Scholarship Committee, Battered Women Services, United Way, San Diego Consortium and Private Industry Council and others. She served as a member of the San Diego Board of Education from 1988 to 1996, including a stint as president.

Her commitment to advancing civil rights and equality also compelled her to serve in public office – first on the San Diego Unified School Board, and, since 2012, representing District 79 of the California State Assembly. Dr. Weber has translated her lifelong commitment to service into an ambitious legislative agenda, including bills on education, civil rights, public safety, food insecurity, protections for persons with disabilities and voting rights. Some highlights include:

Expanding voting rights. Dr. Weber has served as Chair (and currently as a member) of the Elections and Redistricting Committee, where she has helped to oversee California’s elections and campaign finance law for the last several election cycles. Dr. Weber authored AB 2466 extending voting rights to people on parole – more than 50,000 Californians – and has sponsored legislation to ensure that those on probation and parole are aware of their voting rights and able to cast their ballots.

Promoting public safety. Dr. Weber was the author of and chief advocate for the California Act to Save Lives, landmark legislation passed and signed by Governor Newsom in 2019 setting new, higher standards on the use of deadly force by police. She also passed first-in-the-nation legislation to provide transparency and accountability around the harmful and unjust practice of racial and identity profiling, while improving public safety and police-community relations.

Managing the state budget. In 2015, Dr. Weber became the first African American to chair the Assembly State Budget Committee in California, the 5th largest economy in the world. In her current leadership role, she chairs the Assembly Budget Subcommittee on Public Safety.
Dr. Weber has been fighting for civil rights her entire life – and she knows that ensuring every Californian has the right to vote is the fundamental building block for progress.