By News Desk on March 29, 2022, 10:42 amComments Off on Governor Newsom Swears in Justice Patricia Guerrero to California Supreme Court, the First Latina to Serve on State’s Highest Court 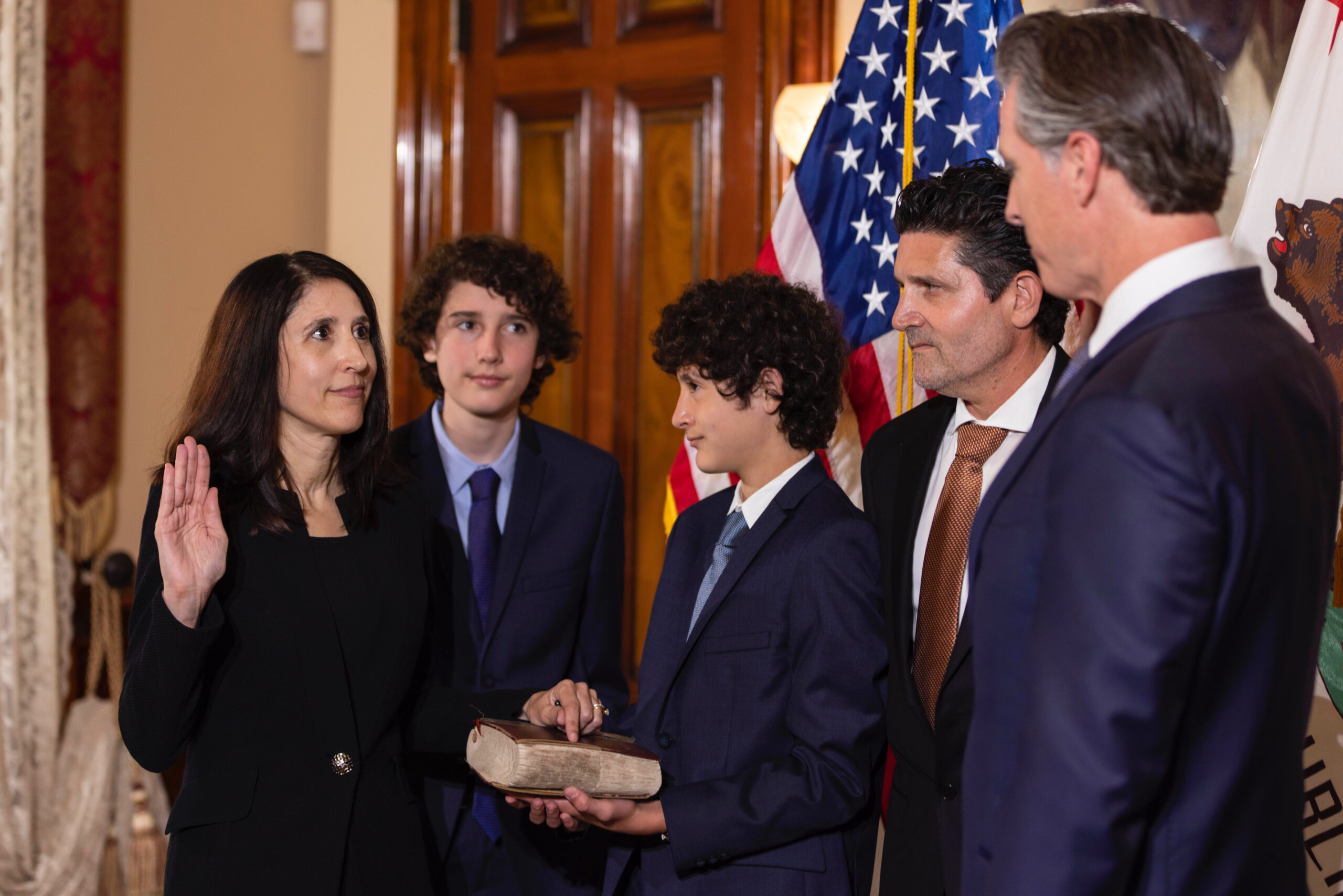 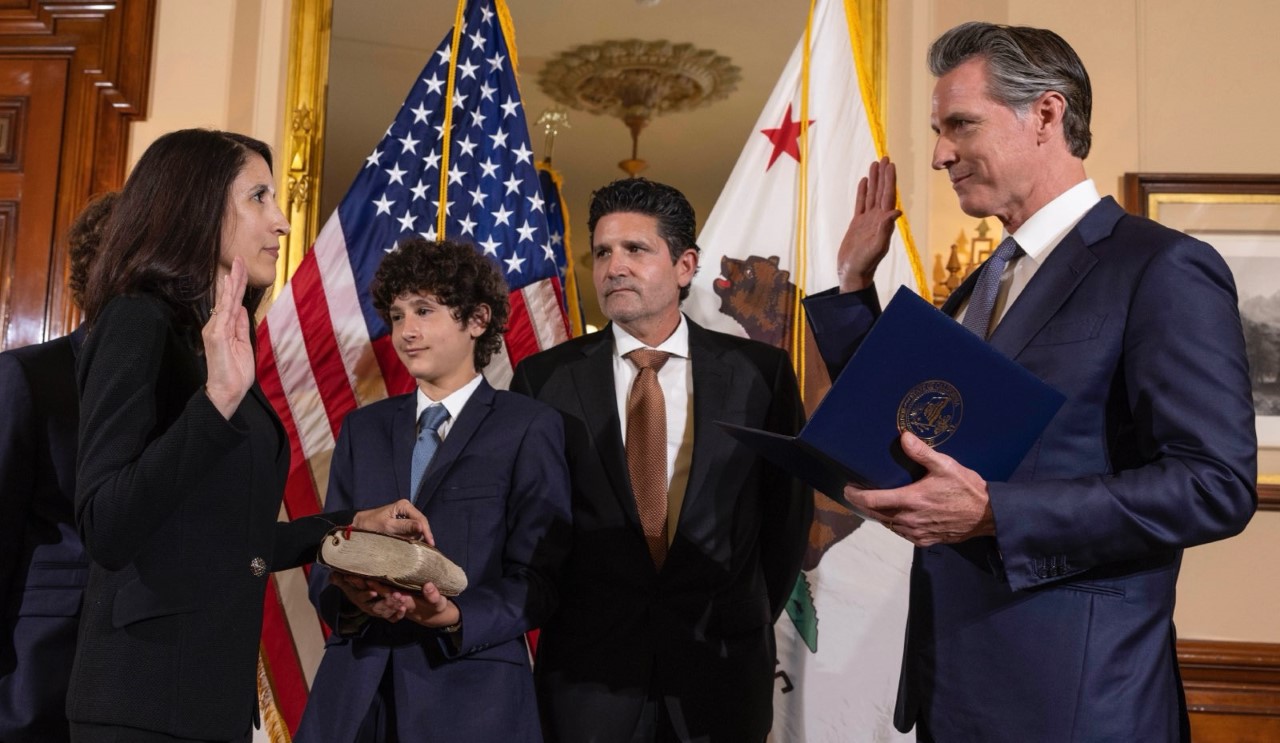 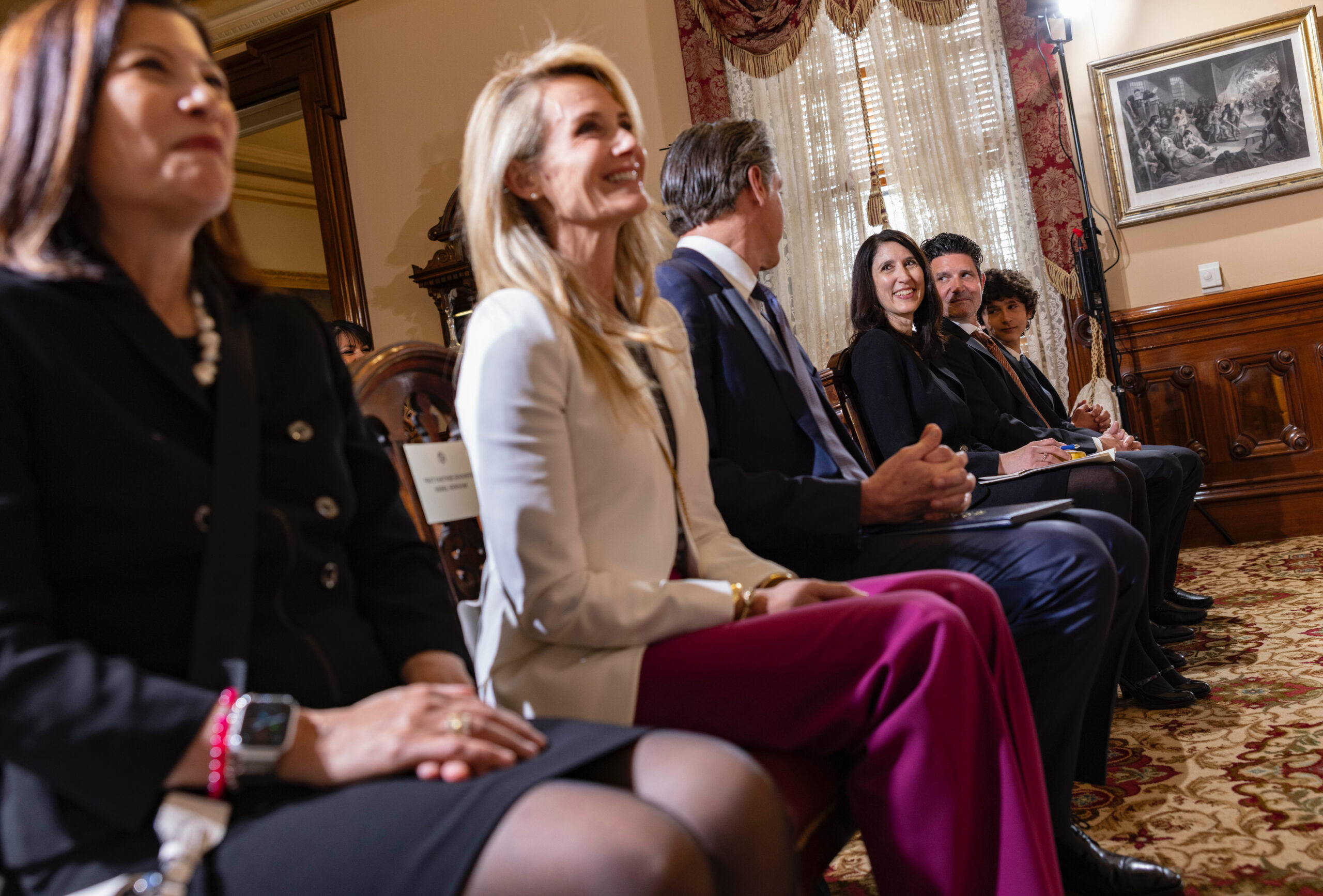 Raised in the Imperial Valley by immigrant parents from Mexico, Justice Guerrero has served as an Associate Justice at the Fourth District Court of Appeal, Division One since 2017 and has wide-ranging experience as a trial court judge, partner at a major law firm and Assistant U.S. Attorney.

“This is a proud day for all Californians,” said Governor Newsom. “A first-generation Californian and daughter of the Imperial Valley, Justice Guerrero’s extraordinary ascent to serve as the first Latina justice on our state’s highest court is not only an incredible personal achievement, it is an inspiring example of California’s enduring promise that any dream is possible, no matter who you are or where you come from. Justice Guerrero’s brilliance, integrity, work ethic and rich insights will make an invaluable contribution to the court. I’m confident that Justice Guerrero will continue her life’s work to uphold our fundamental rights and freedoms and advance equal justice and opportunity for all Californians.”

“I’m incredibly honored to take the bench on our state’s Supreme Court, and I thank everyone who has made this day possible,” said Justice Guerrero. “I am here because of the courage, sacrifices and dedication of my parents and my grandparents who, like so many others, came to this country with the hope of a brighter future for their children. I hope that my journey encourages the next generation of leaders to pursue their dreams, and I look forward to taking on this opportunity to uphold the rule of law and work to ensure equal justice under the law for every Californian.”

Click here to watch the conversation between Governor Newsom and Justice Guerrero on her nomination last month.

“Your appointment is a testimony to not only your extraordinary judicial career, but also to your devotion and commitment to the citizens of California and their access to justice,” wrote Sonia Sotomayor, Associate Justice of the Supreme Court of the United States, in a letter to Justice Guerrero. “Your appointment is an important reminder of how far we have come and of how far we have yet to go. I know you will make our country proud. You already have.”

As an appellate justice at the Fourth District Court of Appeal, Justice Guerrero authored numerous opinions to protect the rights of consumers and individuals, while also ensuring that defendants’ constitutional rights are protected and that all parties, including the government, are treated fairly and consistent with the rule of law. She served as a Judge at the San Diego County Superior Court from 2013 to 2017 and was Supervising Judge for the Family Law Division at the Court in 2017. Justice Guerrero was hired as an Associate at Latham & Watkins and became a Partner in 2006. She served as an Assistant U.S. Attorney at the U.S. Attorney’s Office, Southern District of California from 2002 to 2003.

“To be the first Latina on the California Supreme Court and make history, it is clear that one must have an exceptional life story. Justice Patricia Guerrero is already inspiring young Latinas to set their sights higher and believe they can be anything they want to be,” said Orange County Superior Court Judge Elizabeth G. Macias. “Justice Guerrero will be a justice who will uphold the Constitution and protect the rights of all Californians, including the voiceless and the vulnerable. Thank you, Governor Newsom and Judicial Appointments Secretary Luis Céspedes, for recognizing the importance of having a California Supreme Court that reflects the people of this great state. The California Latino Judges Association joins Governor Newsom and Justice Guerrero in celebrating this historic moment.”

“The appointment of Justice Patricia Guerrero as the first Latina to serve on the California Supreme Court is truly a historic milestone for the judiciary and citizens of the State of California,” said retired California Supreme Court Justice Carlos R. Moreno. “I have every confidence that she will serve with distinction. Her academic credentials, her litigation experience in the trial courts as a lawyer and as a judge – civil and criminal – as well as having served as an appellate justice on the Fourth District Court of Appeal, amply confirm that she is exceptionally well-qualified to serve on our State’s highest court. I applaud Governor Newsom for this exceptional and well-deserved appointment.”

“Congratulations to Justice Guerrero on this historic and well-earned achievement,” said Vilma Martinez, former President and General Counsel of the Mexican American Legal Defense and Educational Fund (MALDEF). “I applaud this latest example of Governor Newsom’s commitment to ensure that our judiciary reflects the marvelous diversity of our State.”

Justice Guerrero has contributed many hours of pro bono work, including as a member of the Advisory Board of the Immigration Justice Project, to promote due process and access to justice at all levels of the immigration and appellate court system. She has assisted clients on a pro bono basis in immigration matters, including asylum applications and protecting vulnerable families by litigating compliance with fair housing laws. The Chief Justice of the California Supreme Court named her to the Blue Ribbon Commission on the Future of the California Bar Exam and Justice Guerrero has been active in the Chief’s “Judges in the Classroom” civics program.

Governor Newsom Swears in Justice Patricia Guerrero to California Supreme Court, the First Latina to Serve on State’s Highest Court added by News Desk on March 29, 2022, 10:42 am
View all posts by News Desk →