By News Desk on June 4, 2021, 10:10 pmComments Off on Governor Newsom on Assault Weapons Court Decision

Sacramento, CA…California Governor Gavin Newsom released the following statement on today’s court decision regarding assault weapons: “Today’s decision is a direct threat to public safety and the lives of innocent Californians, period. As the son of a judge, I grew up with deep respect for the judicial process and the importance of a judge’s ability to make impartial fact-based rulings, but the fact that this judge compared the AR-15 – a weapon of war that’s used on the battlefield – to a Swiss Army Knife completely undermines the credibility of this decision and is a slap in the face to the families who’ve lost loved ones to this weapon. We’re not backing down from this fight, and we’ll continue pushing for common sense gun laws that will save lives.” 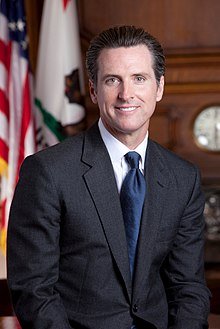 California has led the nation in passing gun safety laws, having pioneered statewide protections approved by voters in Proposition 63 to ban possession of large-capacity ammunition magazines and requiring background checks to keep ammunition out of the hands of dangerous people. Since assuming office, Governor Newsom has signed multiple bills aimed at reducing gun violence, including strengthening gun violence restraining orders and regulating the sale of firearms and ammunition. Governor Newsom also worked with the Legislature to accelerate the regulation of ‘ghost guns’ to crack down on the use of untraceable firearms by criminals. Because of California’s commitment to meaningful gun safety laws, the state has one of the lowest firearm injury death rates in the country.