By News Desk on May 25, 2021, 1:29 pmComments Off on Governor Newsom Highlights New Firefighting Aircraft, $2 Billion in Wildfire and Emergency Preparedness Investments 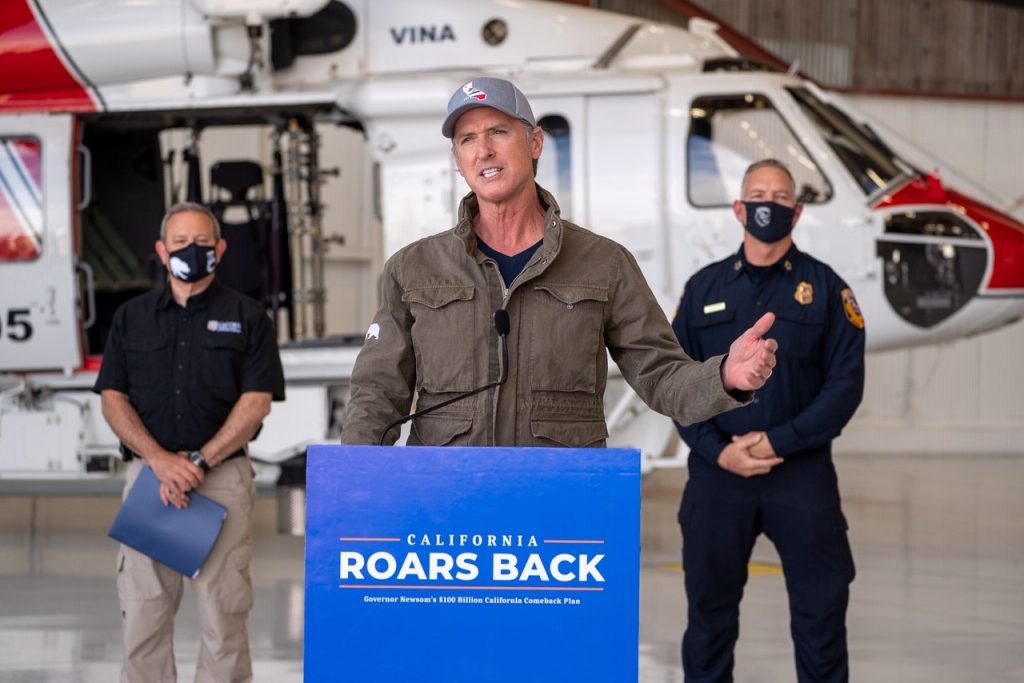 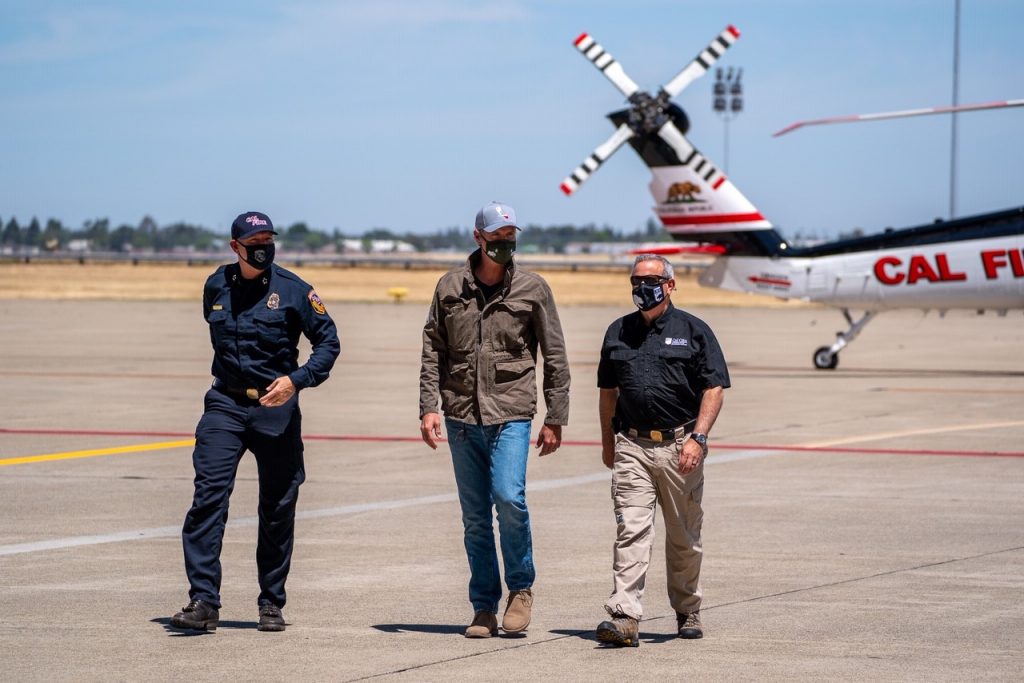 “Climate change has created a new wildfire reality in California, and we are proposing the single largest investment in wildfire preparedness in our state’s history – $2 billion for emergency preparedness,” said Governor Newsom. “With new investments in state-of-the-art firefighting technology and equipment and a focus on building resilience through fuel breaks, forest health projects and home hardening to protect our high-risk communities, the state is more prepared than ever to face wildfire season.”

Earlier in the day, the Governor was joined by CAL FIRE Director Thom Porter and CAL OES Director Mark Ghilarducci on an aerial tour of key fuel breaks in the Sierra Foothills made possible by executive action in 2019 to accelerate fuels management in California’s most wildfire-vulnerable communities.

In partnership with the Legislature, the Governor signed a $536 million early action wildfire package last month to give the state a head start on projects to restore the ecological health of forests and watersheds, fuel breaks and home hardening for at-risk communities, and improvements to defensible space to mitigate wildfire damage. The California Comeback Plan includes expanded investments for sustainable approaches to thinning California’s vulnerable landscapes and funding to advance approximately 500 fuel break projects, building on the success of the expedited 35 emergency fuel reduction projects that played a critical role in containing wildfires last year.

Governor Newsom last month announced that he is expanding and refocusing the Forest Management Task Force to deliver on key commitments in the Wildfire and Forest Resilience Action Plan issued in January. The Wildfire and Forest Resilience Task Force of federal, local and tribal leaders builds on the state’s collaborative effort to improve the health of forests and reduce wildfire risk to communities. More information on the progress to date by the Newsom Administration and the Legislature to address California’s forest health and wildfire crisis can be found here.