By News Desk on October 19, 2021, 10:27 pmComments Off on Former SpaceX Engineers Raise $1.2M and Launch Radiant, to Develop Portable, Microreactors for Zero-Emissions Power 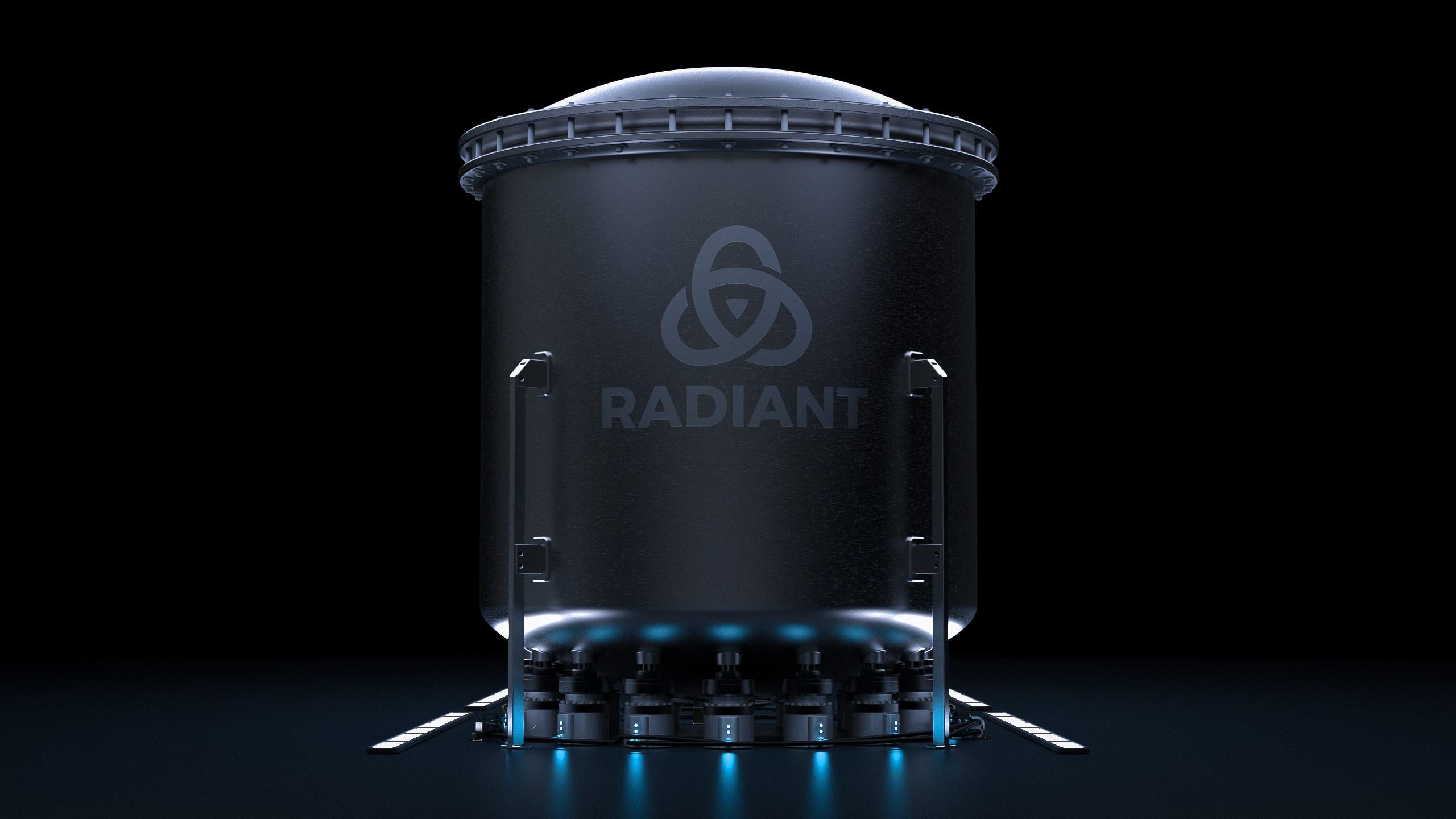 Radiant will use the funds – a combination of cash and cost-share commitments – to continue development of its low-cost, portable nuclear microreactors that provide an alternative to fossil fuels for both military and commercial applications.

The company also announced that it has just received two provisional patents for its groundbreaking advances in portable nuclear reactors. One of these technological advances decreases the cost and time needed for refueling the reactor, and the other enables greater efficiency in heat transport from the reactor core.

Radiant and Battelle Energy Alliance, the contractor that manages operations at Idaho National Laboratory (INL), recently signed a MOU seeking collaboration for development and testing of this technology.

“The National Reactor Innovation Center (NRIC) looks forward to working with Radiant to test its portable nuclear microreactor at Idaho National Laboratory. It’s part of our mission to empower innovators, and deliver successful outcomes. This is an opportunity to innovate in ways that bring a cleaner energy future,” said Dr. Ashley Finan, Director of NRIC at INL.

“In some areas of the world, reliance on diesel fuel is untenable, and solar and wind power are either unavailable or impractical,” said Jess Gehin, PhD, Chief Scientist, Nuclear Science & Technology Directorate at INL. “Clean, safe nuclear microreactors are emerging as the best alternative for these environments.”

Radiant founder Doug Bernauer is a former SpaceX engineer, who while at SpaceX researched energy sources for an eventual Mars colony. Bernauer felt nuclear microreactors held the most promise but realized there was an immediate opportunity for microreactors on Earth, and left SpaceX to found Radiant.

“Clean, safe nuclear power – which is now embraced by both political parties in the US – is the best alternative to fossil fuels in many environments,” said Bernauer. “Our team’s combined expertise in nuclear technology, rapid product iteration, and commercializing complex technologies give us a huge competitive advantage in this market, and we’re grateful to our investors as well as partners such as the Idaho National Laboratory who are helping us get to our first prototype.”

There are many remote locations around the world that require portable power such as arctic villages and remote military bases. These locations currently rely on fossil fuel-powered generators, which is not only bad for the environment, but also challenging logistically, because generators require constant shipments of fuel over rural roads. In the military, transporting fuel can be dangerous: according to an October 2018 U.S. Army report titled, “Mobile Nuclear Power Plants For Ground Operations,” about half of the 36,000 casualties in the nine-year period during Operation Iraqi Freedom and Operation Enduring Freedom2 occurred from hostile attacks during land transport missions.

Nuclear microreactors offer several important benefits: the energy is clean, the fuel lasts 4+ years, they can be easily refueled, and they work in areas with no sun or wind (even underground).

Radiant’s microreactor outputs over 1MW, enough to power about 1,000 homes continuously for up to eight years, while several microreactors could be used together to power an entire town or military base. The microreactor is designed to fit in a shipping container and can be easily transported by air, ship, and road. Radiant’s microreactor design also leverages an advanced particle fuel that does not melt down and withstands higher temperatures when compared to traditional nuclear fuels. The use of helium coolant greatly reduces corrosion, boiling, and contamination risks associated with more traditional water coolant.

“The innovative and ambitious team at Radiant has expertise from SpaceX as well as impressive nuclear industry credentials,” said investor Tom McInerney. “They have what it takes to bring new clean-energy solutions to market, and I’m excited to be part of their journey.”

Radiant is developing the first portable, zero-emissions power source that works anywhere. Its patented portable nuclear microreactor is the brainchild of former SpaceX engineers who have experience quickly bringing real products and innovations to market. Radiant’s clean-energy solution uses safe fuels that have already been extensively tested by the Department of Energy, materials that have already been used in prior nuclear designs, and a nuclear core design based on sixty years of progressive innovation. By combining proven nuclear technologies with cutting-edge engineering techniques proven to accelerate development time, Radiant can offer a low cost, portable renewable power source that can be an alternative to fossil fuels for both military and commercial applications. To learn more visit https://radiantnuclear.com/.