By John Hamilton on February 22, 2021, 1:39 pmComments Off on Felony DUI Charges for Santa Cruz Woman in Fatal Collision That Took Life of Moss Landing Woman

The right front passenger of the BMW was pronounces deceased at the scene. The driver of the BMW suffered minor injuries and was transported by ground ambulance to Natividad Medical Center.

The driver, Johanna Mayapuga, was arrested for Felony DUI – Alcohol and was transported to Natividad Medical Center for moderate injuries.

This collision is still under investigation. Fatal Victim information is releasable through the Santa Cruz County Sheriff Coroner’s office. 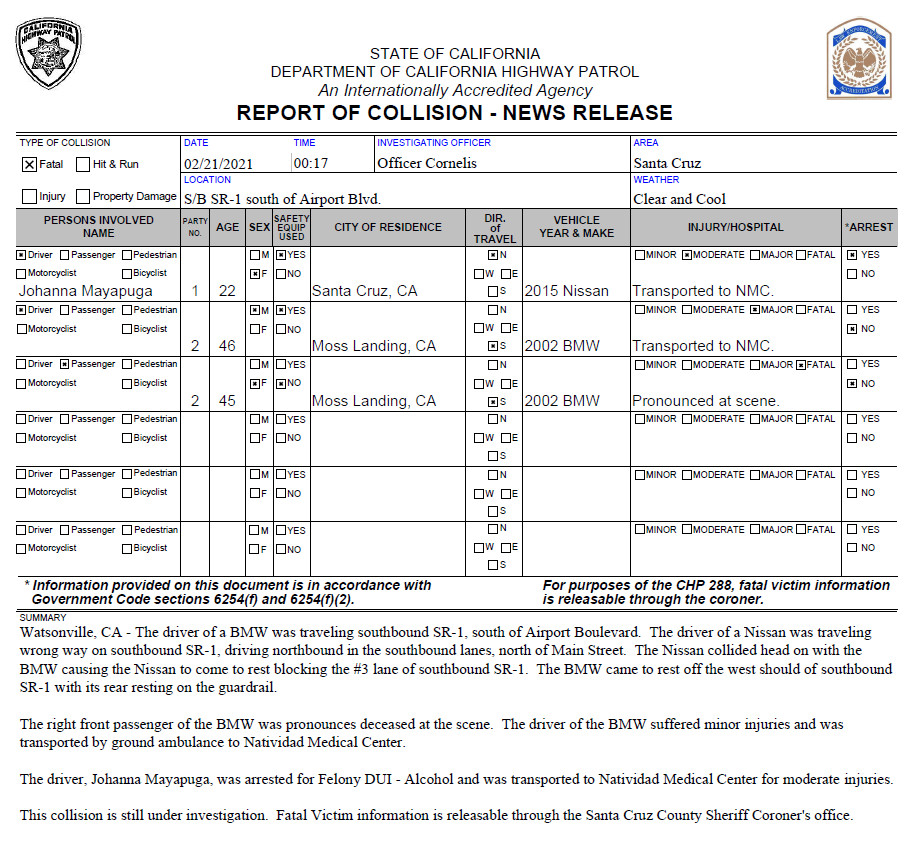