Sacramento, CA… Governor Gavin Newsom announced yesterday that General Fund revenues are running $14.3 billion above January’s revenue forecast, with receipts for February exceeding the month’s projections by $3.8 billion. Nearly 60 percent of February’s gain can be attributed to timing: lower refunds caused by later enactment of the $600 one-time Golden State Stimulus than expected in the budget, as well as fewer-than-expected state tax refunds tied to a delayed federal start to the tax filing season. 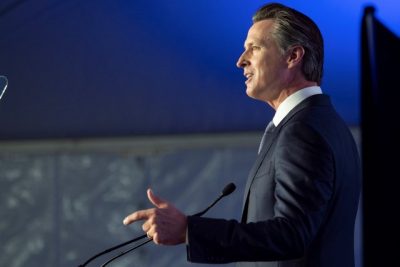 “California’s improving revenue picture is another sign of the growing light at the end of the tunnel as we recover and rebuild from the pandemic,” said Governor Newsom. “In partnership with the Legislature, we’ve ensured much of these revenue gains are providing immediate relief for individuals and families through the Golden State Stimulus, and for struggling small businesses through a more than $2 billion boost to our investment in relief grants.”

The Governor’s 2021-22 State Budget proposal provides funding for immediate COVID-19 response and relief efforts where Californians need it most while making investments for an equitable and broad-based economic recovery. It advances direct cash supports of $600 to millions of Californians through the Golden State Stimulus, extends new protections and funding to help keep people in their homes and invests in relief grants for small businesses. The Budget intensifies the Governor’s commitment to equity in and for our school communities, reflected by the highest levels of school funding in California’s history.

The Budget continues progress in paying down the state’s retirement liabilities and reflects $3 billion in additional payments required by Proposition 2 in 2021-22 and nearly $6.5 billion over the next three years. In addition, the improved revenue picture allows the state to delay $2 billion in scheduled program suspensions for one year.