Corralitos, CA… On May 30, 2021, at approximately 2029 hours, a two-vehicle crash occurred on Corralitos Road, south of Varni Road. The preliminary investigation revealed, a 2003 Ford Mustang occupied by two male adults, was traveling southbound on Corralitos Road at a high rate of speed. A 1998 Honda Accord, occupied by a solo female adult, was traveling northbound on Corralitos Road. The driver of the Ford lost control of his vehicle, drove into the northbound lane and collided head-on with the Honda. Both occupants of the Ford succumbed to their injuries on scene. The driver of the Honda was transported to a local trauma center for major injuries sustained. The cause of the crash is under investigation, alcohol and/or drugs have not been ruled out as a contributing factor. Fatal victim information is releasable through the Santa Cruz County Sheriff Coroner’s Office. 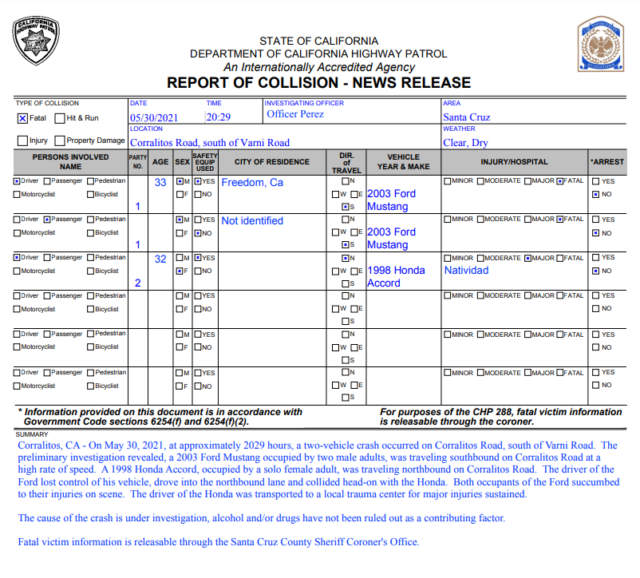