Sacramento, CA…On April 15, the California Public Utilities Commission (CPUC) unanimously approved Frontier Communications corporate restructuring to exit Chapter 11 bankruptcy, first initiated almost one year ago. Frontier is one of the two largest Incumbent Local Exchange Carriers (ILEC) in California, offering phone, video, and/or broadband service in 44 counties. The CPUC adopted various conditions in their Decision based on a variety of operational, financial, service, pricing, and employment matters. Frontier will have to fund a Compliance Monitor to assist the CPUC with future enforcement efforts. Frontier must also submit a detailed plan to improve its service quality, including (but not limited to) out of service performance, and credit customers for service outages lasting more than 24 hours for a multi-year period. 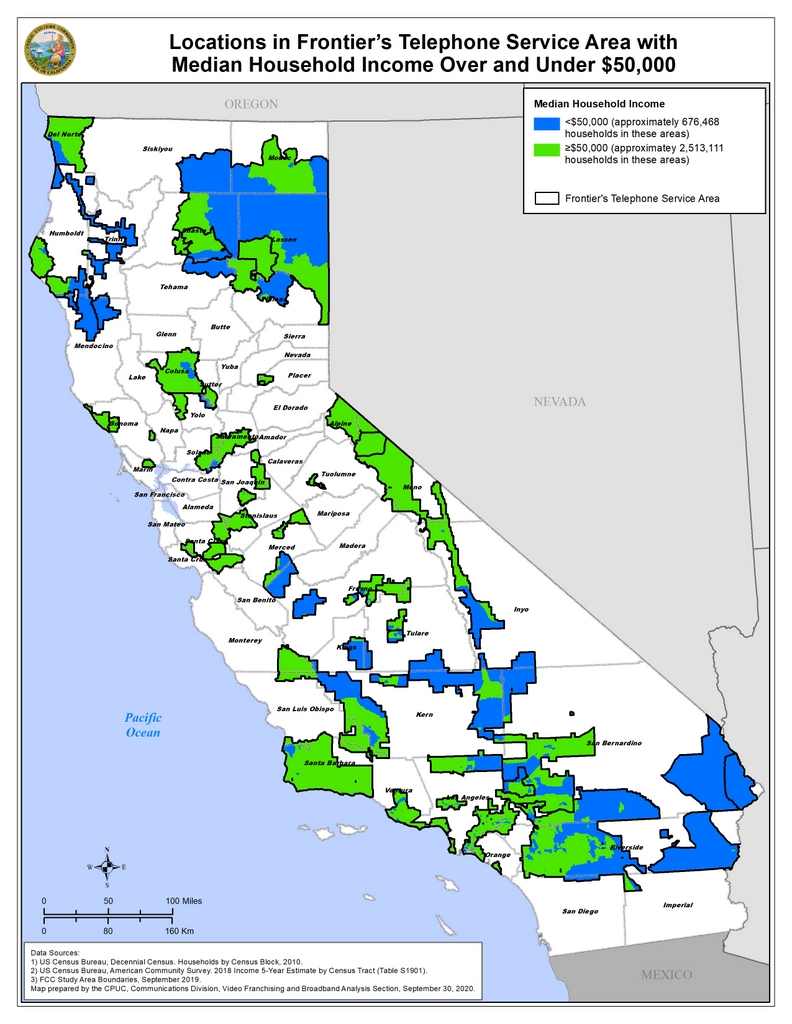 Additionally, this Decision provides tribal and local governments with a “right of first offer” to purchase property that Frontier proposes to sell or dispose of, with tribes receiving priority over local governments for any competing claims. Further, the CPUC is requiring Frontier to invest $1.75 billion in California over the next 4 years and undergo service improvements, redundancy and reliability, and must also target improving the scale, quality and reliability of backhaul and expand broadband deployment in unserved or underserved rural communities. Part of this investment is a requirement to build out fiber to 350,000 locations by December 31, 2026; of these, 150,000 locations must be in areas where Frontier has lower rates of return. In an effort to balance the inadequacies of rural infrastructure, within the 150,000 locations for fiber build out, the CPUC is requiring 10 percent of these funds going to rural areas with fewer than 50,000 people. It is estimated that nearly 90% of Frontier’s rural households do not have fiber services, whereas approximately 42% of its urban households do. Frontier will also be able to retain its Carrier of Last Resort status.