By John Hamilton on March 8, 2014, 6:11 pmComments Off on CPAC Straw Poll…And The Winner Is…Senator Rand Paul

Washington, DC….It what is arguably the first skirmish of ideas, rhetoric and positioning in the battle to represent the GOP in the 2016 race for the White House Senator Rand Paul earned the top spot in the Washington Times / CPAC Straw Poll. In fact it would have taken the next three contestants combined to surpass his vote totals. Other interesting revelations of the positions of the young GOP’ers is that they are increasingly libertarian leaning and while supportive or our overseas allies tend to be much less inclined to put boots on the ground. Following is additional details from CPAC. Today, the Conservative Political Action Conference (CPAC 2014) in Washington, D.C. concluded with Senator Rand Paul winning The Washington Times-CPAC 2014 Straw Poll. The Straw Poll, sponsored by The Washington Times, was conducted by Fabrizio, Lee & Associates. 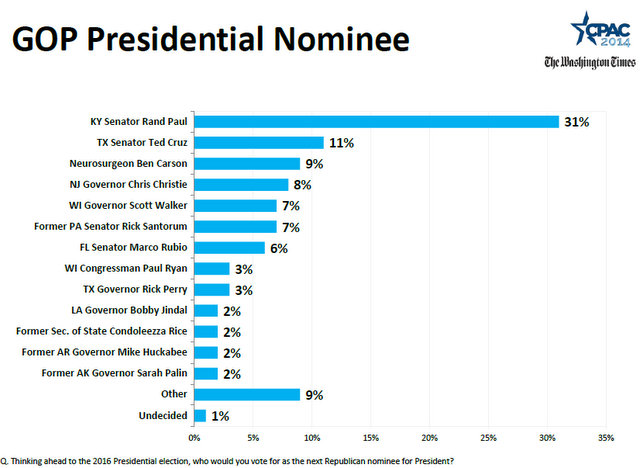 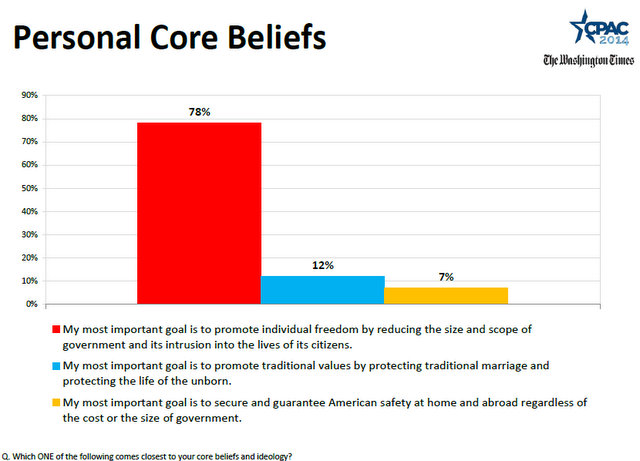 “CPAC 2014 displayed a conservative movement that is optimistic about the future and enthusiastic about defining not only what it opposes but also for which it stands. Today’s straw poll measured so well the pulse of the movement,” said Larry Beasley, President and CEO of The Washington Times.

“We convened thousands of energized conservatives today at CPAC 2014. Together we celebrated 50 years of the ACU and took part in America’s largest gathering of conservative leaders and activists from across the entire country,” said ACU Chairman Al Cardenas. “It’s been a long-standing and fun tradition at CPAC, to poll the attendees and get their opinion on a number of important issues.”

The Washington Times-CPAC 2014 Straw Poll results help benchmark how conservatives perceive key issues and their preferred candidates heading into the next election.

Every year, the ACU brings thousands of grassroots conservatives and conservative leaders together in Washington, D.C., and now in regional conferences comprising blockbuster speeches, policy discussions and networking opportunities – all celebrating the shared principles of smaller government, a strong national defense and traditional values.