By John Hamilton on March 25, 2021, 11:40 pmComments Off on Castroville Murder Suspect Arrested in Merced County

Castroville, CA…On 01-23-2021 at approximately 0346 hours, the Monterey County Sheriff’s Office received a single report of two gunshots heard in the Monte Del Lago community in North Monterey County. Deputies arrived in the area, conducted an area check, and did not find anything suspicious during their check.On 01-25-2021, the Sheriff’s Office Investigations Division learned of a possible homicide that was yet to be reported in the 13800 Block of Vista Del Lago, Castroville. This address is located within the Monte Del Lago manufactured home community. 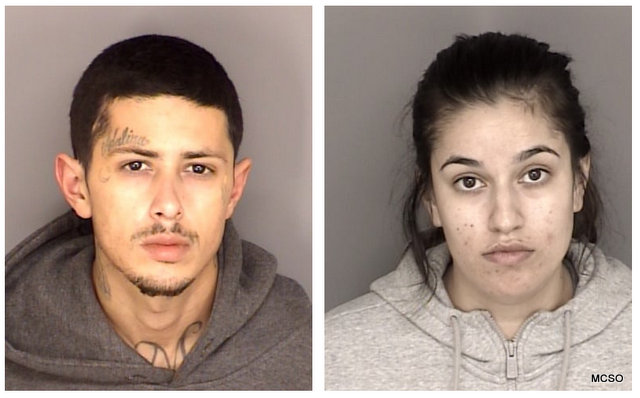 The male was later positively identified as John Leslie Jones, 36 years old and a resident of Seaside, Ca. Detectives spent the rest of the night and most of the following day investigating the scene and following leads in the case.

Through our investigation we learned that Andre Juan Lopez, 26 years old and a resident of Salinas was suspected of the killing of Jones. Detectives immediately began trying to locate Lopez to arrest him. On 01-28-2021, with the assistance of the Merced County Sheriff’s Office, Lopez was located at a relative’s address in Winton, California.

Lopez was taken into custody without incident when exiting the Target store, by Merced County Deputies. Salas was also arrested a short time later. Their three children were placed into protective custody with child protective services of Merced County.

Monterey County Sheriff’s Office Detectives arrived and met with Merced County Detectives. A search warrant was served at the relative’s residence where illegal and stolen firearms were recovered. Lopez and Salas were driven back to Salinas, where they were both interviewed.

Lopez was booked into the Monterey County jail for murder, being a felon in possession of a firearm and ammunition and committing a felony while out on bail. Salas was booked for being an accessory to murder and a probation violation.

Their commitment to assist us in the location and apprehension of Lopez and ensuring the safety of both of our communities is greatly appreciated. The investigation in this case is still ongoing. Anyone with information is asked to contact Detective Mike Smith at 831-755-3762 or Detective Sergeant Bryan Hoskins at 831-755-3773.