Sacramento, CA…California’s unemployment rate remained at 8.3 percent in April as the state’s employers gained 101,800 non-farm payroll jobs1, according to data released today by the California Employment Development Department (EDD) from two surveys. This comes after March’s upwards-revised (+12,800 jobs) month-over gain of 132,400 jobs. Of the 2,714,800 total nonfarm jobs lost in March and April 2020 due to the COVID-19 pandemic, California has now regained 1,302,100 jobs (48 percent) since May 2020. 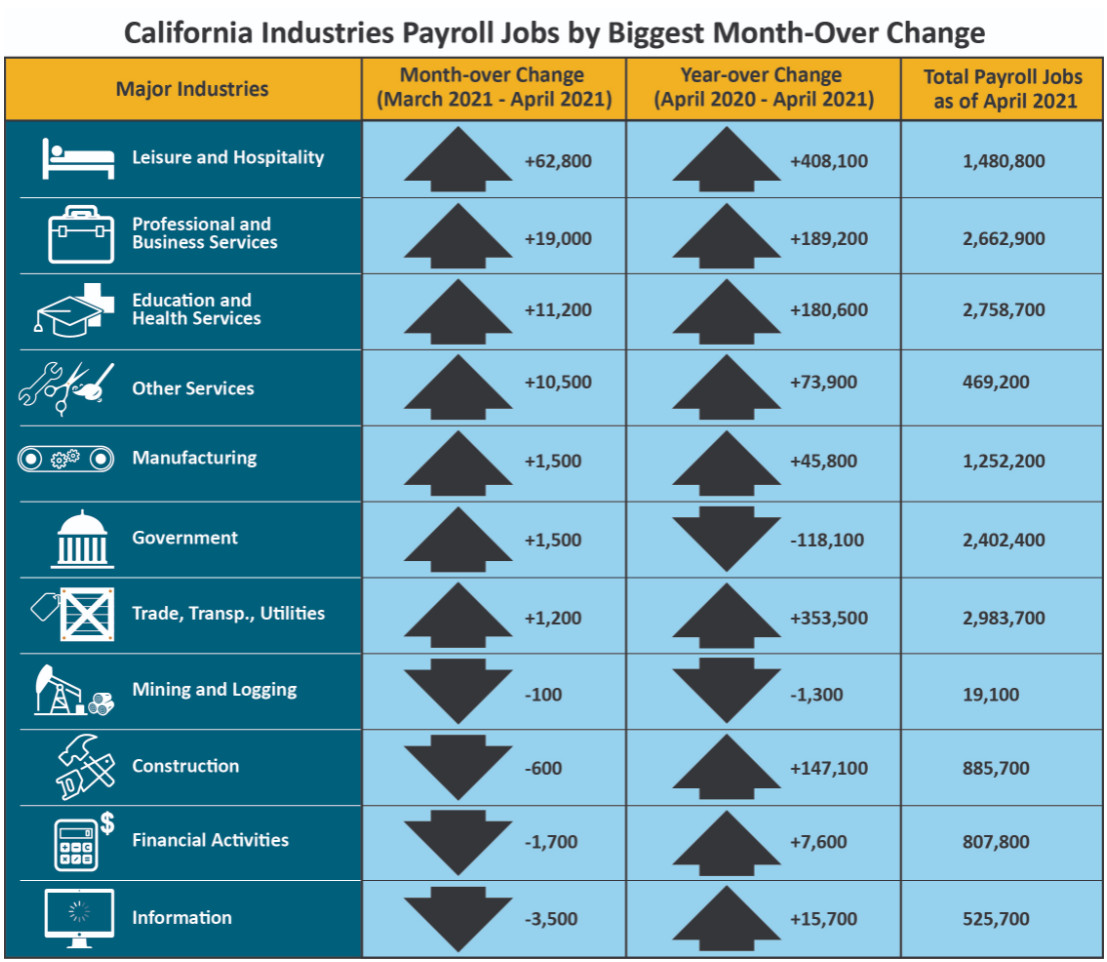 California’s Labor Market, by the Numbers…

Data Trends about Jobs in the Economy

This comes from a monthly survey of approximately 80,000 California businesses that estimates jobs in the economy – seasonally adjusted.

Data Trends about Workers in the Economy

Employment and Unemployment in California

This information is based on a monthly federal survey of 5,100 California households which focuses on workers in the economy.

Employment and Unemployment in California

The following data is from a sample week that includes the 19th of each month: In related data that figures into the state’s unemployment rate, there were 579,498 people certifying for Unemployment Insurance benefits during the April 2021 sample week. That compares to 680,279 people in March and 1,889,250 people in April 2020. Concurrently, 78,640 initial claims were processed in the April 2021 sample week, which was a month-over decrease of 17,572 claims from March and a year-over decrease of 246,876 claims from April 2020.