By News Desk on October 18, 2022, 9:37 pmComments Off on California Charts Course for Whole-of-Government Action on Extreme Heat At First-Ever Symposium

Sacramento, CA…Following the West Coast’s record-setting heat wave last month, California hosted the first-ever Extreme Heat Symposium in Sacramento today. The symposium, put on by the Governor’s Office of Planning and Research and the California Natural Resources Agency, harnessed the collective power of community leaders, state policymakers, scientists, and members of the public, and set the stage for extreme heat action in California in the coming years. 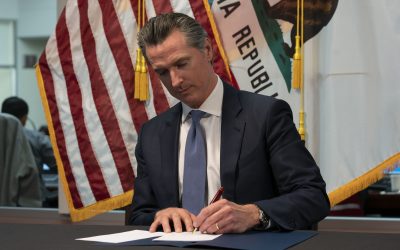 “The extreme heat we’re facing is extraordinary and puts our communities at risk,” said Governor Newsom. “Just last month, the West Coast broke nearly 1,000 temperature records in a 10-day heat wave – and experts tell us to expect more heat waves like this one in the coming years and decades. With our Extreme Heat Action Plan, California is taking ambition and turning it into action so we can save lives and adapt to our hotter climate.”

September’s heat wave was the hottest ever recorded in California, with the state’s best climate science projecting higher average temperatures and more frequent and severe heat waves in the decades to come. Extreme heat is an immediate threat and ranks amongst the deadliest of all climate change hazards, with structural inequities playing a significant role in the capacity of individuals, workers, and communities to protect and adapt to its effect.