CAL FIRE Urging Safety on Fourth of July & Be Vigilant Over the Holiday Weekend!

By John Hamilton on June 29, 2021, 9:04 pmComments Off on CAL FIRE Urging Safety on Fourth of July & Be Vigilant Over the Holiday Weekend!

Sacramento, CA…Fourth of July is synonymous for sun, fun, barbequing, and fireworks. CAL FIRE is reminding everyone to do their part to have a safe holiday and help prevent fires and injuries caused by fireworks. According to the National Fire Protection Association, two out of five fires on the 4th of July are caused by fireworks, more than any other cause of fires. Most of these incidents are related to the use of illegal fireworks and the misuse of legal fireworks. Sparklers, which can reach temperatures of 2,000 degrees, account for roughly 25% of emergency room visits for firework injuries according to the Consumer Product Safety Commission. Fifty-eight percent of the emergency department-treated injuries were burns. Burns were the most common injury to hands, fingers, arms, and legs. One-third were to the eye or other parts of the head. Children younger than 15 years of age accounted for 36% of the estimated fireworks-related injuries. 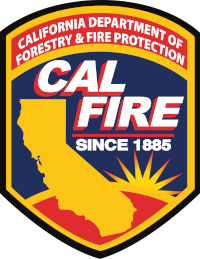 “With the lack of significant rain over the winter months, and now the dry, hot temperatures, wildfire activity is quickly picking up,” said Chief Thom Porter, CAL FIRE Director. “Residents need to understand the dangers associated with the use of illegal fireworks or misuse of legal fireworks. Here in California, we have a zero tolerance for the use and sale of illegal fireworks. Any person can be held liable for the fire-fighting costs as well as property damage costs associated with the start of a fire.”

CAL FIRE and Office of the State Fire Marshal law enforcement personnel have been conducting targeted interdiction operations at ports of entry into the State of California throughout 2021. With several days left before the 4th of July, CAL FIRE and local enforcement agencies continue to seize tens of thousands of pounds of illegal fireworks and enforce the State’s fireworks laws.

“There are major legal consequences when it comes to using, transporting or even being in possession of illegal fireworks,” said Chief Mike Richwine, California State Fire Marshal. “Possession of illegal fireworks such as sky-rockets, bottle rockets, roman candles, aerial shells, firecrackers and other types that explode, travel through the air, or move on the ground in an uncontrollable manner can lead to a possible fine of up to $50,000 as well as prison time or jail for up to one year. Even “Safe and Sane” fireworks taken into a city or county where they are banned are considered illegal. Before purchasing these types of fireworks, be sure to check your local ordinances and follow the instructions to avoid accidents and injuries.”

Safe and Sane Fireworks are only as safe as they are used. CAL FIRE wants everyone to enjoy their celebrations in a safe and legal manner. Here are a few tips to help you be safe this 4th of July:
• If fireworks are not legal where you live, do not use them.
• In communities where they are legal buy only State Fire Marshal-approved (Safe and Sane) fireworks.
• Have a bucket of water and a hose handy in case of a fire.
• Always read directions and have an adult present.
• Use fireworks outdoors only.
• Parents are liable for any damage or injuries caused by their children using fireworks.
• Use common sense and keep a safe distance.
• Never attempt to re-light or “fix” fireworks.
• Besides being illegal, sparklers can reach temperatures over 2,000°F. Consider using
safer alternatives, such as glow sticks, confetti poppers or colored streamers.

Since the beginning of the year, CAL FIRE has already responded to more than 3,500 wildland fires burning more than 17,000 acres this year (January-June 2021). Residents are urged to visit www.ReadyforWildfire.org for tips on how to prepare their homes and family for wildfire.