Boston, MA…Boston University is refuting a series of misleading claims about research at the University’s National Emerging Infectious Diseases Laboratories (NEIDL). The reports, which first appeared on Monday in the United Kingdom’s Daily Mail, claimed researchers at the lab had “created a new deadly COVID strain.” In a statement Monday afternoon, BU called the reporting, which was picked up by other outlets, including Fox News, “false and inaccurate,” and said this research made the virus less dangerous. 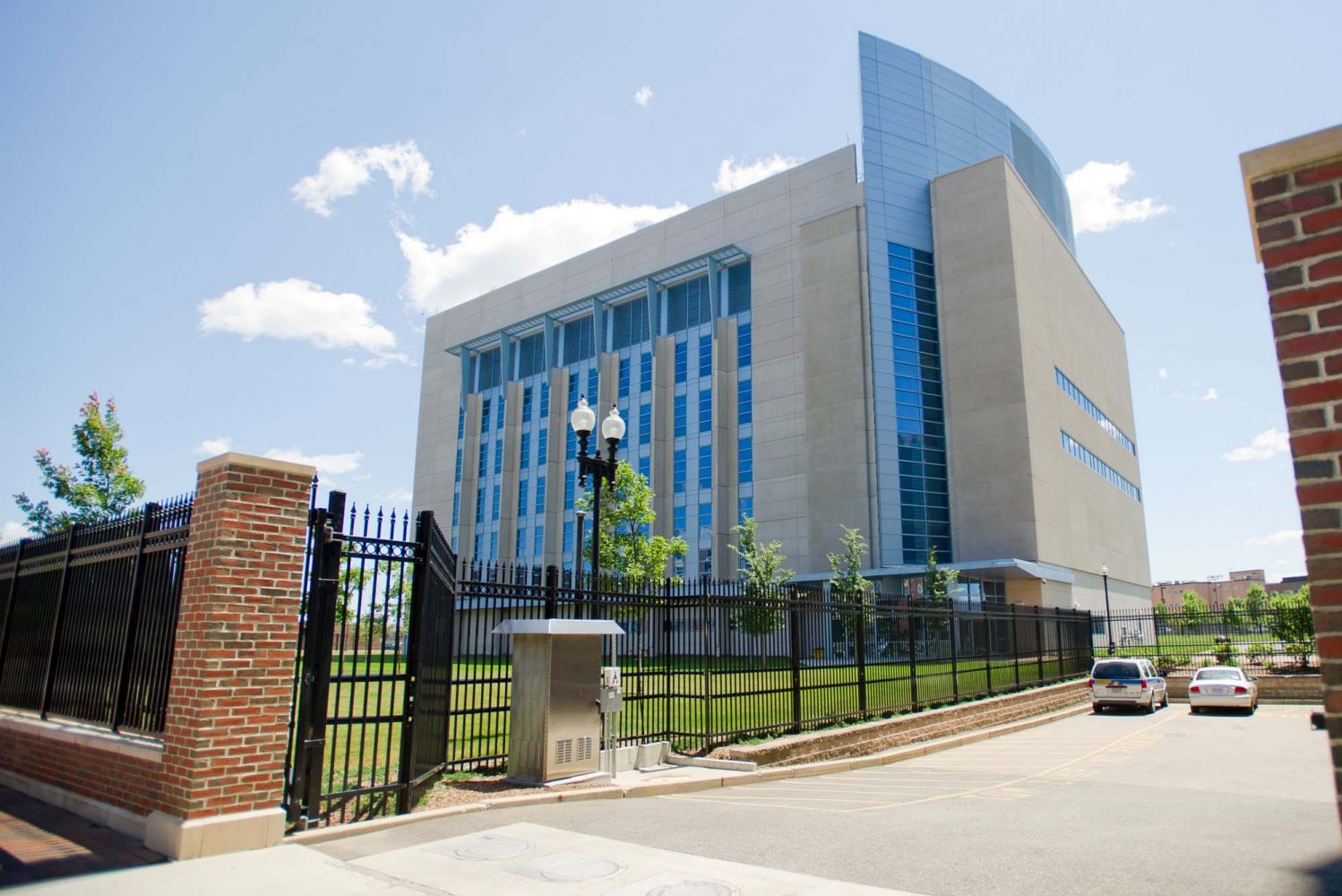 The University also noted that the research was reviewed and approved by the Institutional Biosafety Committee (IBC), which consists of scientists as well as local community members, and that the Boston Public Health Commission had approved the research.

“They’ve sensationalized the message, they misrepresent the study and its goals in its entirety,” says Ronald B. Corley, NEIDL director and BU Chobanian & Avedisian School of Medicine chair of microbiology, of the news reports.

The study set out to examine the spike proteins on the SARS-CoV-2 Omicron variant (BA.1). Researchers were interested in comparing the variant with the original virus strain, known as the Washington strain. They wanted to find out if the virus was truly less virulent, says Corley, “simply because it wasn’t infecting the same cells as the initial strain.” They were “interested in what part of the virus dictates how serious of a disease a person will get.”

But Corley says the news reports pulled one line from the paper’s abstract out of context, with the Daily Mail suggesting in its headline that the researchers had created a “deadly Covid strain with an 80 percent kill rate.” The newspaper went on to make a series of other misleading claims, including that the study was “gain of function research,” alleging researchers set out to make a more deadly virus.

Not true, says Corley. And the University’s statement strongly denied it.

“We want to address the false and inaccurate reporting about Boston University COVID-19 research, which appeared today in the Daily Mail,” said the BU statement. “First, this research is not gain-of-function research, meaning it did not amplify the Washington state SARS-CoV-2 virus strain or make it more dangerous. In fact, this research made the virus replicate less dangerous.”

Corley says the line pulled out of context actually had nothing to do with the virus’ effect on humans. The study began in a tissue culture, then moved to an animal model.

“The animal model that was used was a particular type of mouse that is highly susceptible, and 80 to 100 percent of the infected mice succumb to disease from the original strain, the so-called Washington strain,” says Corley. “Whereas Omicron causes a very mild disease in these animals.”

That 80 percent number is what the media reports latched onto, misrepresenting the study and its goals.

“This was a statement taken out of context for the purposes of sensationalism,” says Corley, “and it totally misrepresents not only the findings, but [also] the purpose of the study.”

In fact, according to BU’s statement, “this research mirrors and reinforces the findings of other, similar research performed by other organizations, including the FDA.” That’s supported by one of the lead researchers on the study, Mohsan Saeed, a NEIDL investigator.

“Consistent with studies published by others, this work shows that it is not the spike protein that drives Omicron pathogenicity, but instead other viral proteins,” says Saeed, a BU Chobanian & Avedisian School of Medicine assistant professor of biochemistry. “Determination of those proteins will lead to better diagnostics and disease management strategies.”

Since its opening in 2009, NEIDL has allowed scientists to study a range of infectious diseases and pathogens in a protected environment. The lab is governed by strict safety procedures. Long before a researcher begins studying a disease or pathogen, their proposal has to go through a series of rigorous safety reviews, says Robert Davey, a BU Chobanian & Avedisian School of Medicine professor of microbiology, who is based at the NEIDL.

“Before anything is done in the NEIDL, it goes through multiple layers of careful safety review and this is done through committees that are part of Boston University and also committees that are outside of, independent of, BU, such as the Boston Public Health Commission,” says Davey. “We get a completely independent look at anything that’s about to be done. Only after all that is approved and double-checked are you then allowed to proceed with the work. And that work only occurs with the oversight of the environmental health and safety group at BU.”

The study was conducted in the lab’s biosafety-level 3 facilities. All studies are conducted in a biosafety cabinet, with researchers having to enter their workspace through a series of interlocked doors. All floors and walls are sealed, and the lab is fitted with sophisticated filtration and decontamination technology. And if the researchers had seen anything untoward during the study, they would have immediately shut it down and reported it.

“We take our safety and security of how we handle pathogens seriously, and the virus does not leave the laboratory in which it’s being studied,” says Corley. “Our whole goal is for the public’s health. And this study was part of that, finding what part of the virus is responsible for causing severe disease. If we can understand that, we can then develop the tools that we need to develop better therapeutics.”

“Ultimately, this research will provide a public benefit,” according to the University’s statement, “by leading to better, targeted therapeutic interventions to help fight against future pandemics.”

Boston University statement on following National Institute of Allergy and Infectious Diseases (NIAID) guidelines: “We fulfilled all required regulatory obligations and protocols. Following NIAID’s guidelines and protocols, we did not have an obligation to disclose this research for two reasons. The experiments reported in this manuscript were carried out with funds from Boston University. NIAID funding was acknowledged because it was used to help develop the tools and platforms that were used in this research; they did not fund this research directly. NIH funding was also acknowledged for a shared instrumentation grant that helped support the pathology studies. We believe that funding streams for tools do not require an obligation to report. Secondly, there was no gain of function with this research. If at any point there was evidence that the research was gaining function, under both NIAID and our own protocols we would immediately stop and report. All research at Boston University, whether funded by NIAID or not, follows this same protocol. We are in continued conversation with NIAID leadership and program officers.”