By News Desk on January 24, 2022, 6:13 pmComments Off on Austin Places 8,500 Troops on Heightened Readiness to Deploy to Europe ~ By Jim Garamone, DOD News 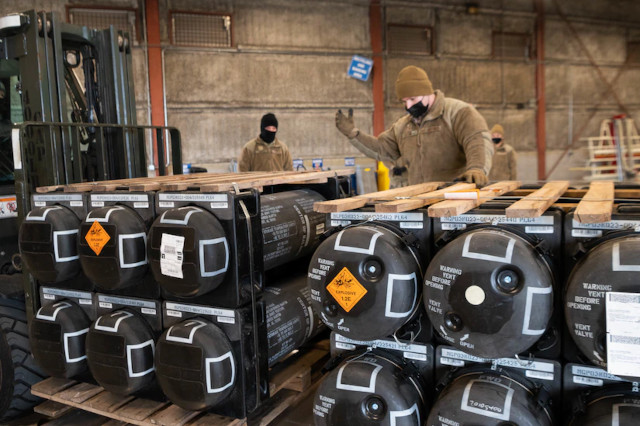 Kirby said the order highlights America’s commitment to the North Atlantic Treaty Organization and its commitment to the common defense. “As [President Joe Biden] has made clear, the United States will act firmly in defense of its national interests in response to actions by Russia that harm us, our allies or partners,” Kirby said during a news conference.

The 8,500 troops are based in the United States and would be part of the NATO Response Force, if that group is activated. The American forces would be in addition to the significant combat-capable U.S. forces already based in Europe “to deter aggression and enhance the alliance’s ability to defend allies and defeat aggression if necessary,” Kirby said.

The NATO Response Force is a 40,000 multinational, multidomain construct. NATO has not yet activated the unit. Within the force is the “very high readiness joint task Force.” This element of about 20,000 includes a multinational land brigade of around 5,000 troops and air, maritime and special operation forces components.

“Secretary Austin has placed a range of units in the United States on a heightened preparedness to deploy, which increases our readiness to provide forces if NATO should activate the NRF or if other situations develop,” the press secretary said.

Airmen prepare equipment for shipping.
The personnel in these units are being told of the heightened preparedness to deploy today. What units are affected will be released once personnel and their families are informed, Kirby said.

If the NATO force is activated, Austin’s order would allow the United States to rapidly deploy additional brigade combat teams, along with units specializing in logistics, medical, aviation, intelligence, surveillance and reconnaissance, transportation and more, he said.

“Again, I want to reinforce that as of now the decision has been made to put these units on higher alert and higher alert only,” Kirby said. “No decisions have been made to deploy any forces from the United States at this time.”

Some of the units were already on a heightened readiness to deploy posture. Austin’s decision shortened the tether. “In some cases, units would go from say 10 days to prepare to deploy, to five days,” Kirby said.

Austin will continue to consult with President Biden and the United States will maintain close coordination with allies and partners.

These are prudent measures, Kirby said. The United States and its allies have a good “site picture” of the Russian moves to surround Ukraine. “It’s very clear that the Russians have no intention, right now, of de-escalating,” he said.

A man stands at a lectern during a news conference.
There is still time and space for negotiations to defuse the situation, and Kirby urged Russian leader Vladimir Putin to do just that.

Passes and leaves for the service members affected are canceled, DOD officials said. Instead of having 10 days to deploy, the units must deploy in half that, if so ordered. “They will have to make whatever preparations they feel they need to make to be able to meet that five-day commitment,” Kirby said.

For different units this will mean different things from ensuring vehicles are ready to checking communications systems to ensuring the “beans and bullets” needed are there. “I’m sure there are personnel readiness things that they have to do,” Kirby said. “That again, is one of the reasons why I’m not giving [out the names of] units today. The units are getting notified and we want to also give them time to talk about this with their families – this potential deployment order.”