Arrests Made in Santa Cruz on Kidnapping, Drug & Weapons Charges

By John Hamilton on April 17, 2021, 5:24 pmComments Off on Arrests Made in Santa Cruz on Kidnapping, Drug & Weapons Charges

Santa Cruz, CA…Yesterday, the Sheriff’s Office Special Enforcement Team (SET) contacted and arrested Dante Packer who was wanted in connection to a recent Santa Cruz Police Kidnapping investigation. Packer had multiple warrants for his arrest and was armed with a loaded handgun in his waistband at the time of his arrest. During the investigation Packer was also found to be in possession of over 8 pounds of marijuana and an additional replica firearm. He was later booked into the county jail. 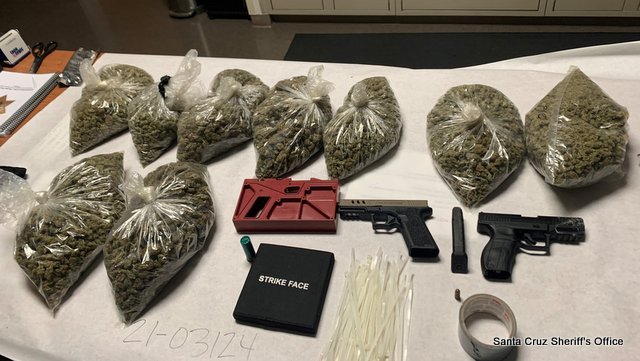 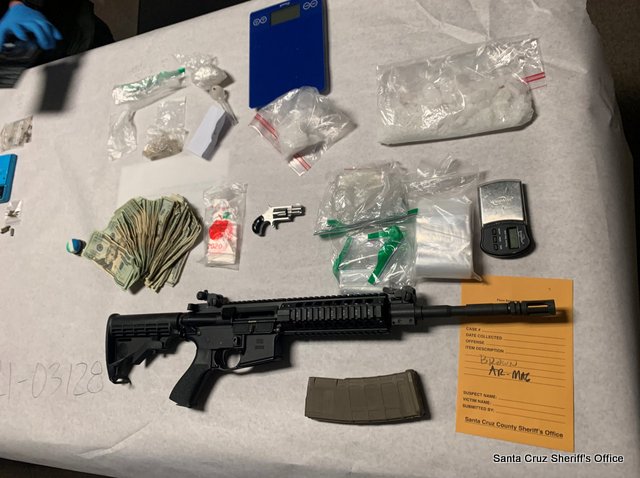 SET later conducted an investigation into narcotics activity at a hotel on Ocean St. During the search 438.4 grams of methamphetamine, 10.2 grams of heroin, a gram of cocaine, packaging, scales, pay/owe sheets, a loaded .22 caliber revolver and an AR-15 rifle were located in the hotel room and vehicles belonging to the occupants of the room. David Braun and Donald Peter were arrested on narcotics and firearms related charges.